PICTURES: Dozens turn up to LGBTQ+ vigil in Newbridge, Kildare in memory of Sligo's Aidan Moffitt and Michael Snee 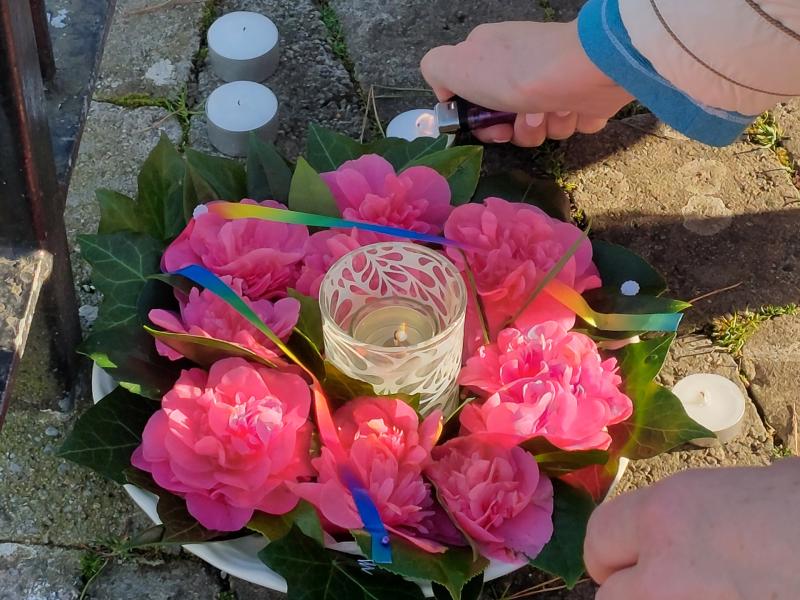 A number of candles being lit in memory of the late Aidan Moffitt and Michael Snee.

Between 60 and 70 people attended a vigil held at the bandstand of Newbridge's Liffey Linear Park at 6pm to express solidarity with members of the LGBTQ+ community.

The Newbridge vigil was one of many that took place across Kildare today, with one also taking place at 6pm in Athy, while another due to take place tomorrow in Blessington.

Attendees at the vigil paid respects to 42-year-old Aidan Moffitt and 58-year-old Michael Snee, who were both murdered during separate incidents in Sligo over the week, while a third man was seriously injured.

It has been reported that gardaí are investigating the possibility of a hate-related or homophobic motive for the fatal attacks.

Social Democrats councillor Chris Pender and Molly Ryan, both members of the LGBTQ+ community in Kildare, both spoke at the event. 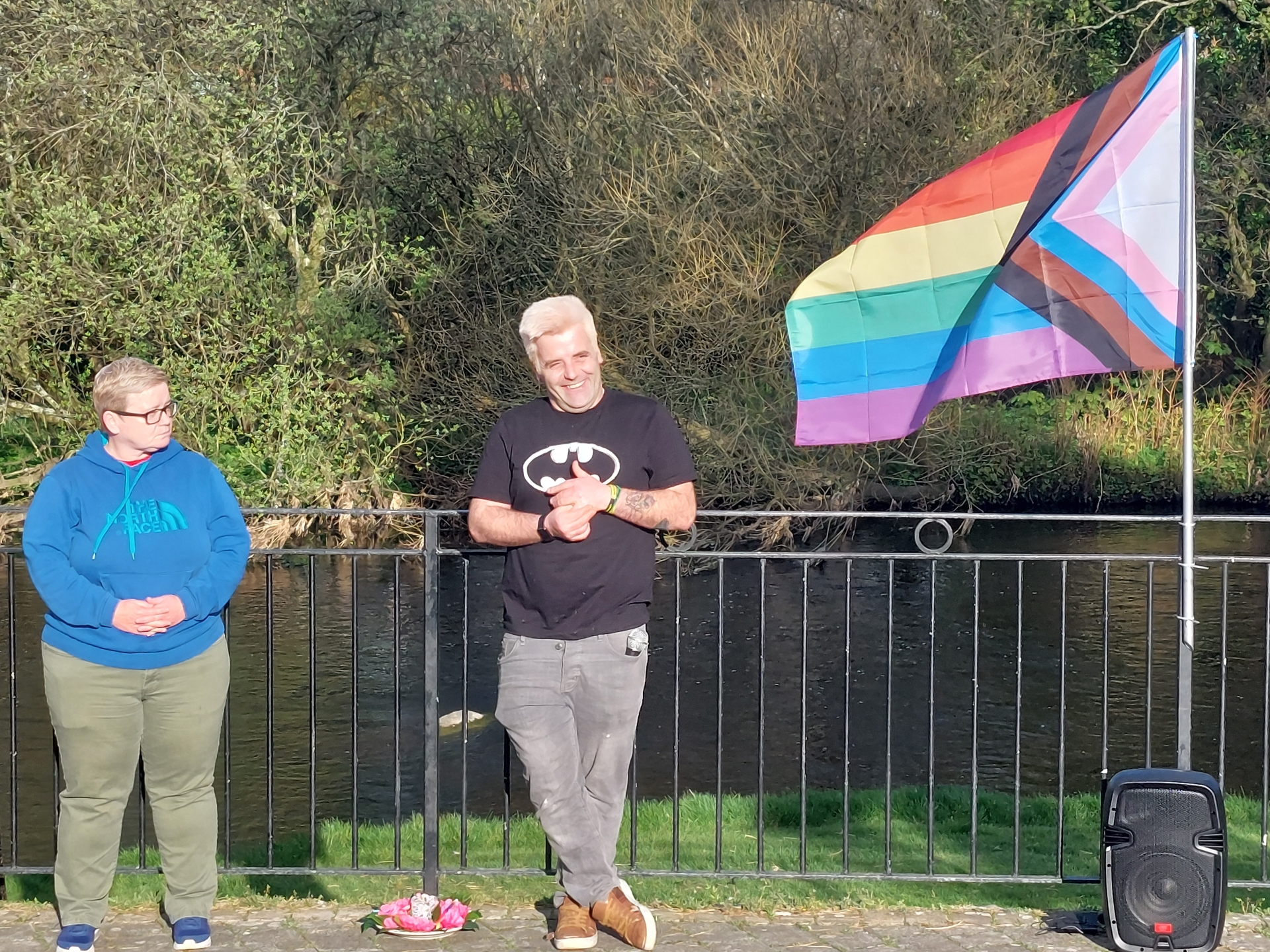 Cllr Pender said: "I, like most of you here today, do not want to be here... we shouldn't have to be here, and I don't understand why I'm still speaking about this.

"But the reality is, as a member of the LGBTQ+ community, I do understand: many people who don't experience homophobia, transphobia or biphobia on a daily basis, don't realise that it is still as prevalent as it ever was.

He continued: "I have had people say to me, 'well look at marriage equality, look at the removal of the blood ban,' and while yes, these things are amazing, the reality is, on a daily basis, I still have to deal with people yelling obscenities at me as I walk down the street, or abusing my friends, or people deliberately misgendering friends of mine who are non-binary or transgender.

"I want to see people stand with us, like right now, and I want to know that if you hear homophobia, biphobia or transphobia, you will call it out, and if you have children, to speak to them about it; that you won't allow it to be a joke, because the more and more you let those jokes slip, people become more and more willing to say something worse or may think its OK to use violence against LGBTQ+ people.

"Now, I know all of you here today would be the kind of people to stand up, but please look and check (what you say) because I can guarantee over the past few months, someone has said something to you that you have let slip: it's same thing with racism, I would hope that no one here would let racist comments slide in front of people."

"It shouldn't have taken the deaths of two people and a horrible assault to recognise this: homophobia takes place on a daily basis."

Cllr Pender also urged people to listen to LGBTQ+ friends and family members, as many people do not realise that the things they do or say may discourage someone from coming out as LGBTQ+.

Ms Ryan added: "I am 53, and I am still talking about this likes this (referring to the attacks in Sligo).

"It's actually easier to stop the bullying online than it is to your face: there's a lot of people in this town whom I know, especially teenagers, and I worry about them, as some of them are homophobic and do think it's OK to beat up someone who is different.

"The cycle keeps going, and we have to change it," she added.

Ms Ryan also said that while education about LGBTQ+ issues in schools has to improve, that it 'must start at from home as well.'

She continued: "There are plenty of people who meet online who don't kill one another: this (violence) has to stop.

"As Chris said, if we stand by if we overhear something (homophobic), we are just as bad... I would love to see more gay teachers, more gay guards, as it can be very difficult to come out."

Ms Ryan also implored people to 'stand by one another.'

She also said: "The ignorance has to stop." 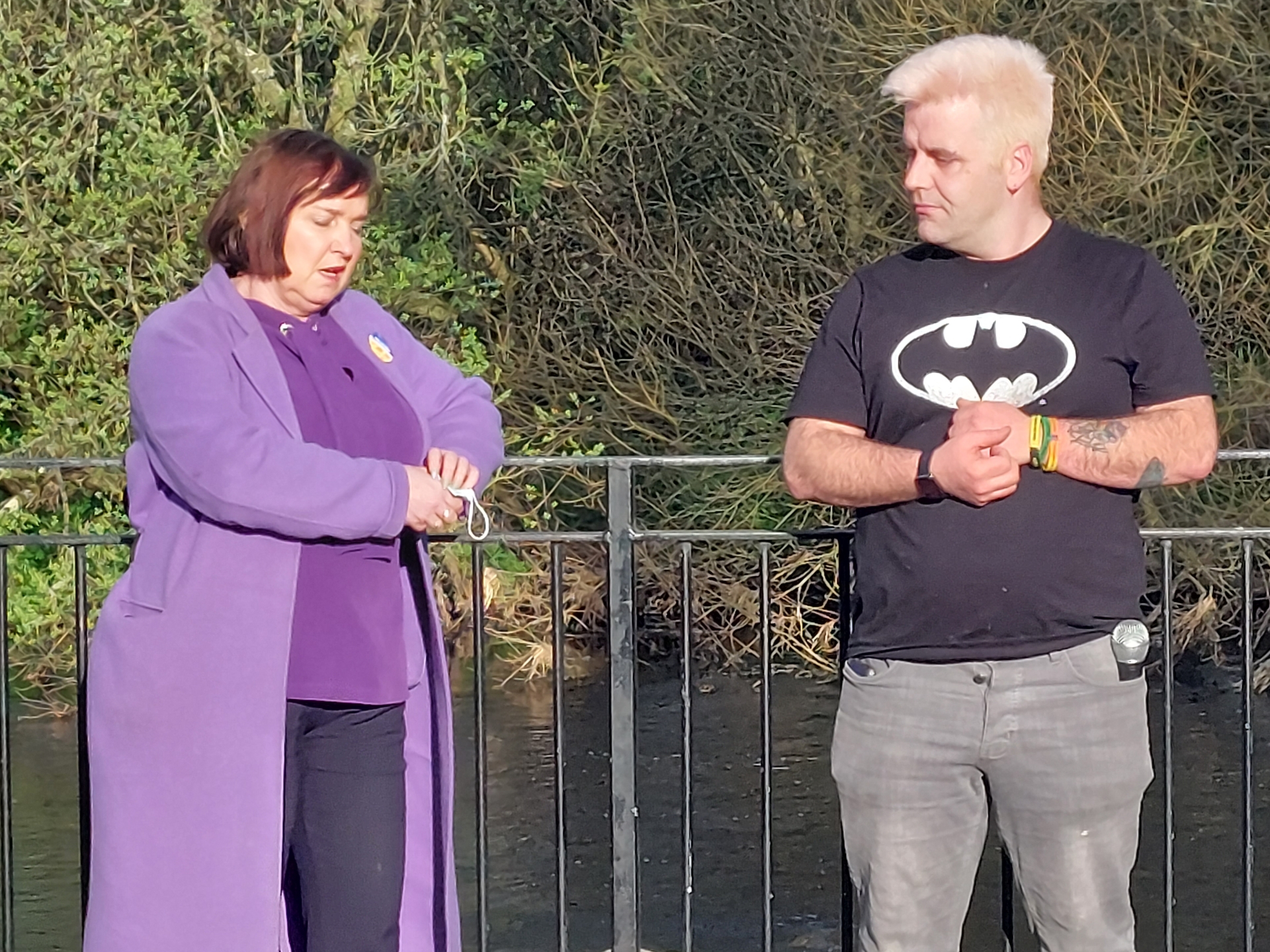 Senator O' Loughlin admitted that she was 'concerned at the pace' that it was taking hate crime legislation to pass through the Dáil.

The Newbridge native, who is also a former teacher, also said that an overhaul in education must take place soon.

"I get that it is very complex, but I am very concerned at the pace it is taking.

"Education on its own won't solve everything, but it does help to send a message that people should not be discriminated against, regardless of their sexuality, race, or anything else."

"They (members of the LGBTQ+ community) are entitled to respect and understanding, as we all are," she added.

Another attendee, a school guidance counsellor named Eoin Houlihan, also told Senator O' Loughlin that, under Section 37(1) of the Employment Equality Act, employers at schools where a religious ethos is in place can discriminate against LGBTQ+ members of staff.

He elaborated: "While this paragraph was amended with Section 37 (1-A) back in 2015, it doesn't change the fact that the original paragraph, section 37 (1) is still there... this still needs to be touched on.

Following a round of applause for Mr Houlihan's brief speech, a minute's silence was observed at the suggestion of Fine Gael Cllr Peggy O' Dwyer.

A member of Newbridge's An Garda Síochana branch, Brian T Carroll, also said to the Leader that he believed that it was important to show solidarity with the LGBTQ+ community.

He also urged any member of the LGBTQ+ community who has been the victim of a hate crime to come forward to gardaí, and added that their case would be treated 'in the strictest confidence.' 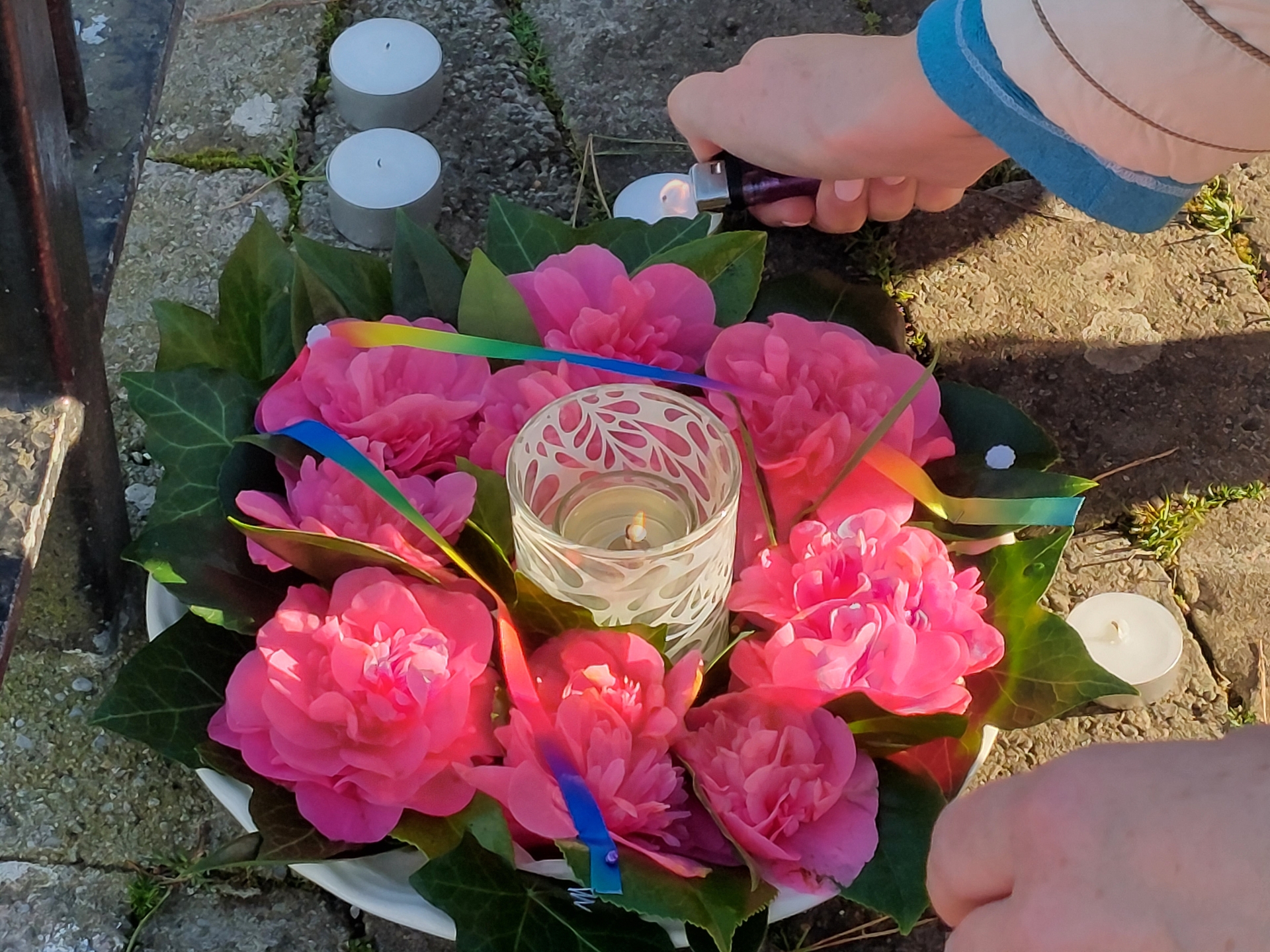 If you have been affected by this article, you can find resources to help you by contacting https://lgbt.ie/ or free phone  1800 929 539.

Additionally, you can email Samaritans Ireland at jo@samaritans.ie or ring 116 123.