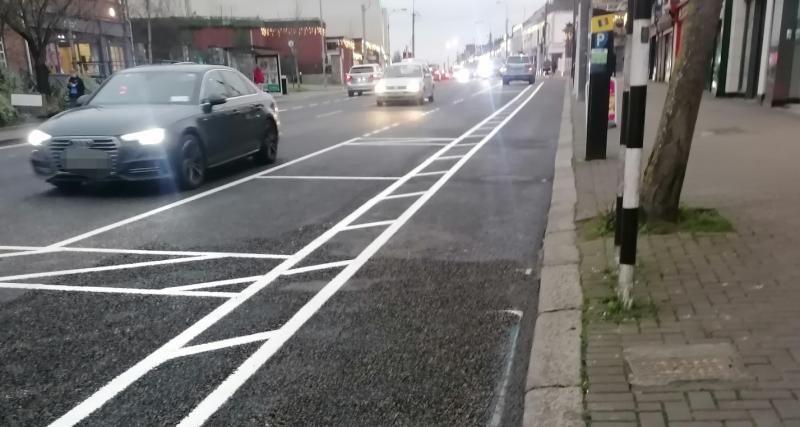 An online petition has been launched calling for Kildare County Council (KCC) to reverse the latest cycle lane changes to the Main Street in Newbridge.

Titled "Reverse the changes to main street Newbridge," it was set up by one Ian Murphy, and has so far amassed over 400 virtual signatures.

Murphy said in its description: "The new cycle lanes and the layout of road markings are a safety concern for all Newbridge motorists, pedestrians, cyclists and residents."

"This new layout was neither properly thought out, planned or implemented.

"Newbridge needs its main street restored to its former layout as quickly as possible, before someone is hurt or badly injured.

"This layout will make it impossible for emergency services to get through, putting lives at risk," he concluded.

A number of commenters notably agreed with Murphy's sentiments, with one saying: "I recently drove through Newbridge and a car nearly collided into the side of me because a passenger had opened a door and was parked as per the new road layout.

"The road is now to narrow to allow a car door to open!! This is a serious safety concern."

He previously said on his official Facebook page on Sunday that he has been taking note of concerns and will raise them with the sustainable transport, public realm and the accessibility officer in Kildare County Council.

Cllr Pender added that while he does understand the concerns raised about the new lanes, especially concerning the safety of children, he said that there is also "a human behaviour issue" present.

He added that he is pleased to see people engaging with the issue: "I hope it does lead people submitting feedback, and hopefully this will in turn lead to stronger public consultation (with KCC)."

The petition can be viewed here.