Ground (and ice)-breaker: A brief history of Kildare explorer, Ernest Shackleton, who passed away 100 years ago today 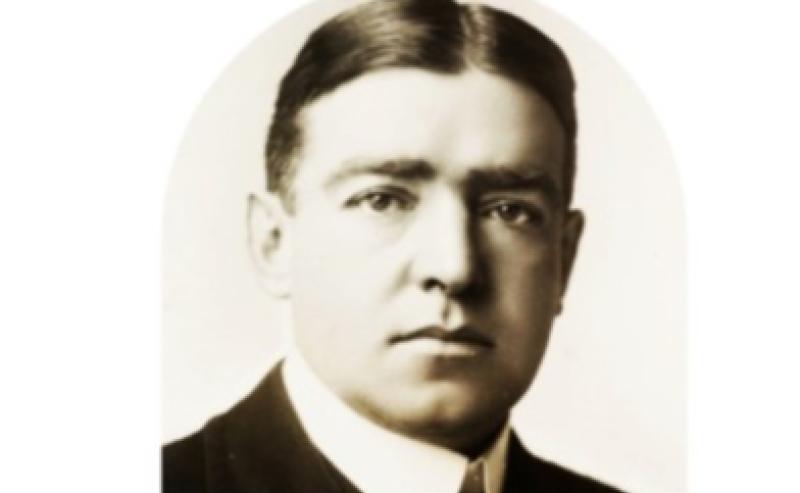 On this day 100 years ago, the Kilkea-born explorer Ernest Shackleton passed away.

Following his death, he left behind a legacy that has sadly only enjoyed underground success, although this has changed in recent years: in fact, Kildare County Council recently announced that it is progressing plans for a major redevelopment of The Shackleton Museum in Athy, which will host the cabin in which the explorer died in during his final expedition.

Green Party Councillor Colm Kenny also paid tribute to Shackleton online, calling him "a true internationalist (who) links us to Antarctica  and the Antarctic Treaty, a template for a global solution to address global issues."

Whenever the topic of Irish explorers is brought up, Tom Crean is one figure tends to spring to mind, but Ernest Shackleton also deserves a very honourable mention for his contributions.

The Life of Ernest Shackleton:

Although born in Kilkea on February 15 1874, a young Ernest and his family, who were originally from England, moved to London when he ten years old.

According to the James Caird Society, despite growing up in England, Ernest was known for being very proud of his Irish roots, and nevertheless considered himself to be Irish.

Ernest was the second of ten children and the first of two sons; the second, Frank, notably achieved notoriety in adult life as a suspect (but was later exonerated) in the 1907 theft of the so-called Irish Crown Jewels, which to this day, have never been recovered.

He later became a third officer on Captain Robert Falcon Scott's Discovery expedition to Antarctica from 1901 to 1904: this would be the start of his role as an explorer during what later became known as the Heroic Age of Antarctic Exploration.

Although he was sent home early on health grounds, he achieved success along with his companions Falcon Scott and Edward Adrian Wilson by setting a new southern record by marching to latitude 82°S.

Following this, Shackleton got married to Emily Dorman, whom he had three children with, and joined the Nimrod expedition of 1907–1909, where he and three companions established a new record Farthest South latitude at 88°S, only 97 geographical miles (112 statute miles or 180 kilometres) from the South Pole.

This would prove tp be the largest advance to the pole in exploration history.

In addition, members of his team climbed Mount Erebus, the most active Antarctic volcano, and as a result, Shackleton was knighted by King Edward VII on his return home.

After the race to the South Pole between him and Roald Amundsen ended in December 1911, with Amundsen's victory, Shackleton turned his attention to the crossing of Antarctica from sea to sea.

This would later become the infamous Imperial Trans-Antarctic Expedition, 1914–1917: during this expedition, the (rather ironically titled) ship, Endurance, became trapped in pack ice and was slowly crushed before the shore parties could be landed.

Fortunately, the crew escaped by camping on the sea ice until it disintegrated, then by launching the lifeboats to reach Elephant Island and ultimately South Georgia Island.

Although things didn't go to plan, many experts actually  consider this to be Shackleton's most famous exploit.

In 1921, he returned to the Antarctic with the Shackleton–Rowett Expedition, but died of a heart attack in a cabin at the age of 47, while his ship was moored in South Georgia.

At his wife's request, he was buried there.

According to the 1957 book Shackleton by James and Margery Fisher, in addition to his expeditions, Shackleton was also an entrepreneur and engaged in numerous lectures and public appearances.

However, this financial success was not to last, as ended up being heavily in debt when he passed away.

Shackleton's ventures and reputation as a natural leader have lived on in the hearts and minds of many explorers, scientists and mariners since his death: in 2002, he was voted eleventh in a BBC poll of the 100 Greatest Britons.

Although he was largely overshadowed by the likes of Amundsen and Falcon Scott, Shackleton received much more attention during the latter half of the 20th Century.

In short, his story is truly an example that, no matter how dismal things may seem, that resilience is key; his story also proves that even if one's achievements are not recognised in their lifetime, they will always, eventually, find a way back to the surface.

Weather warning issued for Snow/Ice in Kildare tomorrow and Friday