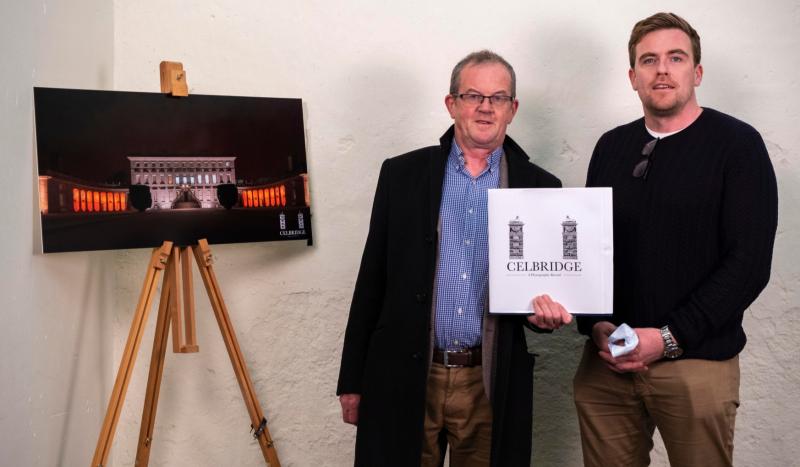 A camera club in County Kildare has officially launched its own photography book.

The book captures images from all around Celbridge and includes drone shots, heritage areas, landmark buildings, wildlife, nature and the people of Celbridge at work, at rest and at play.

RTÉ previously filmed a segment for its Nationwide programme covering the creation of the book, and this segment will be aired early in the New Year.

Formally launching the book, local historian Tony Doohan described the book as a "formidable and comprehensive piece of work which has captured the essence of Celbridge, its people and its places."

He continued: "The collection of almost 600 photographs depicting life and living in Celbridge and nearby towns will educate and entertain the people of Celbridge and North Kildare for generations."

Pat Shaw, President of CCC, also commented that he "hoped that all who turn the colourful pages of this book will get great enjoyment from it and gain a sense of wonderment of the place where we live."

He thanked the Project Team of Michael Davitt, Edel Moran, Stuart Bould, Colm Kavanagh, David Wolahan, and Dallas Camier, who he said "did an outstanding job in creating this special photographic record of Celbridge."

In addition, Frank Butler, Chairperson of CCC said: "the book is a wonderful addition to the photographic history of Celbridge and is an immensely important collection for all who live in and enjoy the many facets of Celbridge and its nearby towns."

Members of the club committed €2,500 of their own funds to the project which was matched by funding from Intel as one of its winners of the 2021 Intel Pride of Place Competition.

Copies of the book are being donated to all schools in Celbridge and the local library.

The club are also ensuring that the images in the book will be available to view on-line in the near future and, in addition, are also creating a vast on-line archive of over 2,000 images captured during the making of the book.

This archive will be placed on an inter-active platform and will be added to as the years go by providing a constantly changing view of Celbridge and its environs.

CCC has said that it would like to thank local historian and former school principal, Mr Doohan, for providing his assistance in the compilation of old photographs and with historical context, and everyone that lent their support to the creation of the book.

It also thanked Castletown Press and Orchard Nurseries for their significant contribution to the project, and to Croí Laighean Credit Union, Absolutely Fabulous Flowers and AIB, who also provided financial support.

Copies of the book are available for purchase through the Club’s website www.celbridgecameraclub.net and from the Orchard Nurseries, Absolutely Fabulous Flowers, Walsh’s Pharmacy, Castletown House and the Maynooth Bookstore.

Army representatives due to meet at RACO conference in Naas today