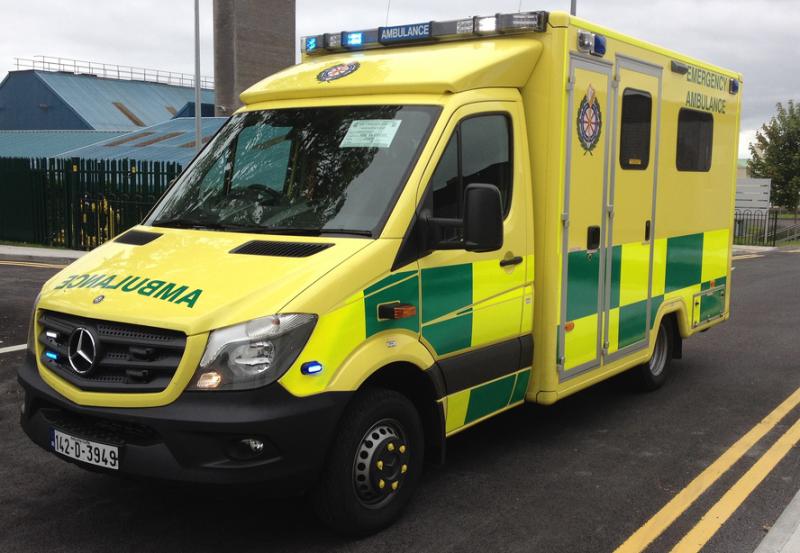 A TD has accused the Irish government of neglecting ambulance services in North Kildare.

Sinn Féin's (SF) Réada Cronin told Dáil Eireann that the region is in a blue-light emergency because of government neglect.

Commenting on SF's Private Members’ Business on the need for support for the ambulance service, she said: "The ambulance is the critical service that everybody wants and nobody hopes to need."

Referring to the Stardust Tragedy, Ms Cronin said: "I’ll never forget talking to a fireman, living in North Kildare, who was on duty the night of the Stardust who recalls a quiet night, before all hell broke loose."

"This is why our emergency services should not be run to their limits; there must always be spare capacity."

She continued: "We all feel that fear when we hear an ambulance siren and the traffic does all kinds of manoeuvres to get out of the way, because we instinctively know this is a matter of life and death.

"And we hope that if ever we need an ambulance ourselves, it will come and do so on time... but if you’re in Maynooth, Celbridge, Leixlip, Kilcock, or the northern hinterlands of my constituency from Donadea to Johnstownbridge, that ambulance could be delayed.

"Since 2012 – almost ten years of too much confidence and zero supply - there’s no ambulance operating from the Maynooth base from 7am to 7 pm on Thursdays.

"So you can have your heart attack, stroke or sever an artery, any day, except Thursday 7 to 7, because with no ambulance from the Maynooth base you’ll be relying on the overstretched service from Naas or Tallaght, and time, that is of the essence, will inevitably be lost."

Highlighting "local fears and experience," she elaborated: "A woman contacted me last night to recall how she waited for an ambulance almost an hour and a half outside Celbridge, after a head-on collision fearing the worst for her son in the car with her.

I’ve also been contacted by a paramedic regarding two cardiac arrests in Leixlip on a Thursday in last few weeks which had a delayed response time... imagine the stress and pressure this puts on the wonderful paramedics who give 100 per cent to the job and to the people they come to help.”

"This volunteer group offers a superb service, that complements the state service, but no citizens of this state should have to increasingly rely on volunteers for their health or life."

She concluded her statement by once more highlighting her belief that the govt is neglecting the ambulance service in North Kildare: "These days people are less likely to intervene when they see something untoward happening on our streets, but if we saw a vandal letting the air out of an ambulance’s tyres I’m sure we would intervene."

"In its neglect of our ambulance services, the state is the vandal on the street, abusing our ambulance crews or taking the wheels off their vehicles.

"How this government is treating our ambulance service and the citizens dependent on them in North Kildare is a disgrace."