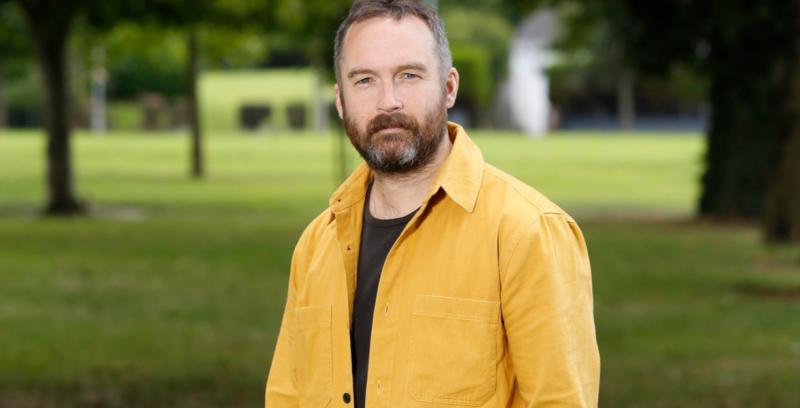 Being let go from a big gig would greatly upset most people... but for Keith Walsh, this provided him with the motivation to get himself back in touch with what he loves.

With a solo stand-up show, Pure Mental, about to debut in the Riverbank Arts Centre in Newbridge soon, its safe to say that the Radio DJ and comedian likes a challenge.

Sitting down to talk with the Leinster Leader, Keith confirmed that challenges appeal to him: "I would describe myself as a blinkered, determined person," he said, pointing to the time he took part in the LA Marathon despite suffering from a slipped disc.

"Both the LA Marathon, and the Dublin one I ran, was the result of... well, I suppose you could call it a manic phase."

"Thankfully, I know myself well enough now to know when to take my foot off the pedal!" he added.

"You don't have to be achieving something every minute of the day; it's OK to sometimes just take a rest."

"An island of secrets"

Keith elaborated that going into therapy after losing his job at RTÉ (which he said was made at the suggestion of his wife) helped him to open up more about his emotions.

"To my wife and kids, I was always the strong, silent type, and when people saw the 'new' me, they were a bit shocked and didn't really know what to make of me."

"I feel different after therapy: more vulnerable, but more honest."

"There's nothing wrong with it, I'm just changing, and changing for the better."

Keith also said that he believes that many men from his generation, himself included, were often taught to get on with their lives in spite of whatever trauma would come their way.

He pointed to his friend suddenly dying in his arms at first year, as the result of a heart condition he didn't know his friend even had at the time.

"I wasn't offered counselling or any supports, I was just expected to get on with my day; like a lot of people from that generation, I didn't want to be seen as making the tragedy all about me, so I did try to carry on."

"I feel really sorry for those back in the '70s and '80s who had to endure abuse or violence in the home, how it was all kept behind closed doors... we (Ireland) were, and in some ways still are, an island of secrets."

On a lighter note, he added: "We were often told to 'just grow a pair of balls'... which I never understood, because they're very vulnerable things!"

"I tried to be the funny guy"

Following on from this, Keith emphasised that there is a fine balance between tragedy and comedy: "As a kid, if you're surrounded by volatile adults, you try to make them laugh and defuse the situation."

"For this reason, I tried to be the funny guy."

He also explained that he always had an interest in theatre and acting, even before he thought of pursuing a career in comedy and radio.

"I was involved in theatre and musicals growing up, and studied acting for two years in Dublin."

Keith further explained that his knowledge of scriptwriting acted as a segway into writing comedy characters for radio shows, but even before that, he always had a love for the arts: something he feels he unfortunately began to neglect while working as a DJ for RTÉ.

Fortunately, he said, he rediscovered his passion for art after entering into therapy, and revealed that he had studied graphic design for a year in college.

As for how he organised his latest show, Pure Mental, Keith said that he pitched it to a classmate of his from his college days: Janet Moran, who is the director of his show.

"I always had Janet in mind when pitching the show."

"When I was let go from my breakfast show, I felt freaked out and rejected... again, I feel like men often associate their self worth with their jobs."

He continued: "We hope that Pure Mental will let people going through tough times that therapy is an option, and it is nothing to be ashamed of."

"As well as that, it's a genuinely funny and entertaining show on its own."

When asked about his roots in Newbridge and how it affected his mindset, Keith said: "I really like the town."

"In hindsight, I'm pleasantly surprised by how well people mixed: you get people from all kinds of socio-economic backgrounds coming together and socialising, (with) no problem."

"One thing I have noticed, there's a fair few more restaurants there now!" he added.

Keith also said that he feels like Newbridge taught him how to search for a platform for himself: "I had a comedy club in Judge Roy Beans for a while down there."

"It taught me that, if something is bad, maybe you can do something about it."

"It's OK to be imperfect"

As for what advice he would give anyone going through a stressful period in their lives, Keith said: "I don't think bad things have to happen, but life is arbitrary, and it's important to know that how you deal with what life throws at you is crucial."

He concluded: "Being let go from my breakfast show turned out to be a big revelation: at that time, I was probably too focused on my career... it ultimately showed me that what really matters in life are your friends, family and your passions."

Pure Mental is set to debut at the Riverbank on Friday 19 November at 8pm.

Tickets will cost between €15 (for seniors and students) and €18 respectively.