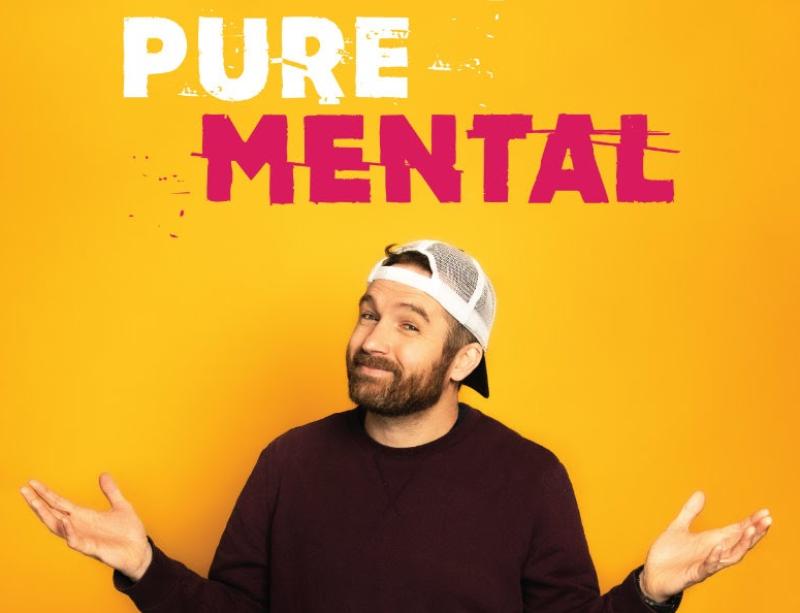 Originally due for release in 2020, the play follows former 2FM Breakfast Republic alumnus Keith Walsh stepping back from his job, to try and figure out what the hell was going on in his head.

The summary for Pure Mental is as follows: "Keith started to go to therapy, he struggled to put a label on the way he was feeling. What was it? Midlife Crisis? Midlife awakening? Breakdown? Well his family thought he was going mad."

"What he did do was go on a journey to find and chat to his demons and to find the real person underneath the fuzzy mess of stress. What happened in his childhood that made him unable to access the emotions he needed to tackle life in his 40s?"

The play will also explore the pressures and societal expectations of the 40-something Irish male, as well as detailing Keith's time growing up in Newbridge, County Kildare in the 1980s.

Pure Mental is Keith’s first work as a playwright, but he was helped by director and co-writer Janet Moran, known for other stage efforts such as A Holy Show, Swing, My Romantic History and Looking for America.

Keith said that he considered working with Janet to "have been a dream."

"To be honest when I realised that what I was writing might work on stage, she was the first person I thought of. I sent her what I’d written and she was up for it. So here we are. No turning back now. To be honest...it’s all a bit mental!" he added.

While the pandemic brought most things to a standstill, it actually have the duo the chance to hone the theatrical elements of Pure Mental over the last year.

Speaking on working with Keith, Janet said: "Having known each other for 20 plus years, this is our first time collaborating."

"We're looking forward to bring the show to a theatre and a live audience," she added.

"This project with Keith and Janet was a particularly exciting collaboration, as it marks Keith’s first step into theatre."

Ms Rosiak continued: "When we presented a work in progress of Pure Mental in June, over 4,000 people tuned in online. Keith’s personal story will chime with a lot of people.

"Producing a National tour is a new departure for Riverbank too, though we are used to working with partner venues throughout the country.

"Audiences are really missing the thrill of live theatre and we’re proud that we can help deliver that thrill to venues across Ireland with this dynamic new play," she concluded.

Summarising his thoughts on the play, Keith said: "You will laugh, you might cry, the voices in my head are telling me that you might want to throw rotten fruit at me? Is that still a thing?"

Pure Mental is written and performed by Keith Walsh, directed by Janet Moran, designed by Phil Jennings and produced by Riverbank Arts Centre with the support of the Arts Council, Creative Ireland and Kildare County Council, with additional support by Mermaid Arts Centre.

Anyone interested in booking tickets for the show at the Riverbank can do so by clicking here.

Pure Mental will premiere at the Riverbank on Friday 19 November at 8pm.

Tickets will cost between €15 (for seniors and students) and €18 respectively.