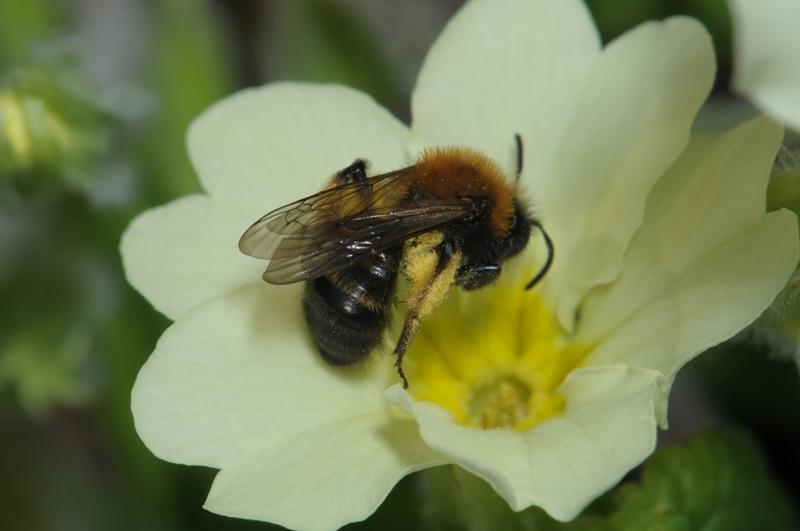 A Senator with the Kildare branch of the Green Party has introduced the bill aimed protecting Ireland's native honey bees in the Seanad.

Speaking in advance of introducing this proposed legislation, titled the Protection of the Native Irish Honey Bee Bill 2021, Senator Vincent P. Martin said: "Ireland is fortunate to have a pure population of its own native Irish honey bees which is perfectly adapted to this island, this climate and this flora."

He continued: "The Irish honey bee produces good dependable honey crops as they fly in low temperatures/light rain, they are placid, have low swarming tendencies and are frugal with winter stores; they are the best bee for Ireland and many wild populations still live in trees and buildings.

"All the beekeeping organisations on the island expressly support a ban on imports of non-native honey bees."

Senator Martin added that he acknowledged the campaigning efforts over many years by the Native Irish Honey Bee Society (NIHBS) as well as the input of the Climate Bar Association.

In addition, he said that he also acknowledged the "support his Bill enjoys with a political cross-section of signatories appearing on the Bill from each Seanad grouping."

Speaking in the Seanad yesterday, Senator Martin requested for an amendment to the Order of Business that his order (No. 19) be taken before Order No. 1.

He added: "At the appropriate time I will formally move that request."

Senator Martin called Ireland "one of the last strongholds of this pure native bee," but stressed that this status was under threat due to a documented 327 per cent increase in the importation of non-native honey bee queens into Ireland.

"After more than ten years of campaigning, the Native Irish Honey Bee Society will be pleased; this is a step in the right direction. The society is not, however, getting carried away. Complacency will not set in; it is not going away.

"It is going to stick at this under it gets a permanent satisfying result."

He also thanked Ms Aoife Nic Giolla Coda, secretary Loretta Neary and the Climate Bar Association, an independent expert body which has reached the conclusion that to amend the law in this way is not repugnant to EU law.

"If leave to introduced is granted, Members will see on the Bill when it is published shortly thereafter the names of colleagues, who come from each and every political grouping in this Chamber and that is the way forward."

"With that in mind I anticipate my proposal will be seconded by Senator Erin McGeehan, who is representative of the cross-party approach that we are taking to this," he concluded.

In response to Martin's speech, which was indeed seconded by Senator McGeehan, the amendment was agreed upon by Seanad Leader Regina Doherty.

According to pollinators.ie, the official website of the All-Ireland Pollinator Plan, there are 99 bee species in Ireland: the honeybee, 21 species of bumblebee, and 77 species of solitary bee.

Bees are the most important pollinator of crops and native plant species in Ireland, with a study from the Department of the Environment finding that bees add around €53 million a year to the economy.

In Ireland, many crops and fruits crops rely on bees for pollination, and it is estimated that almost three quarters of our wild plants rely on insect pollinators, of which bees are most important.

Green light for dozens of apartments in South Kildare