84 per cent of Kildare children are worried about climate change, survey finds 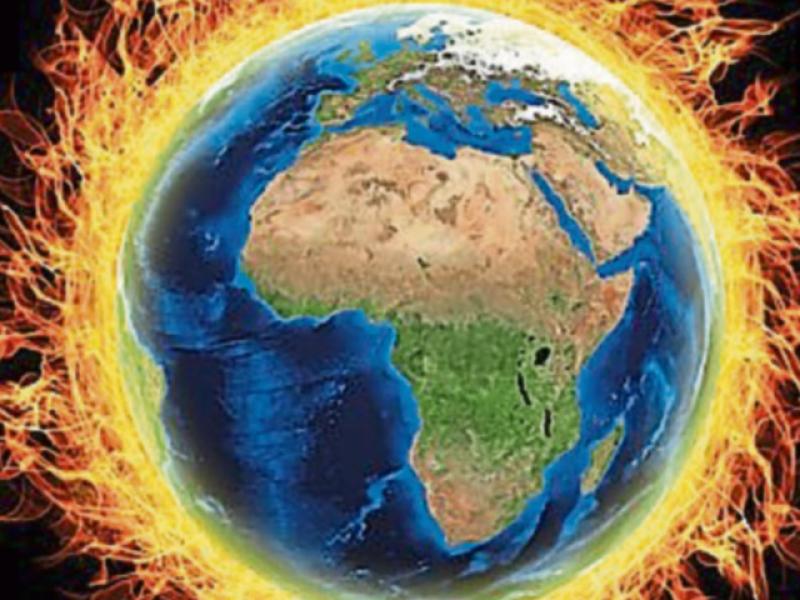 A recent survey has shown that 84 per cent of Kildare children are now worried about climate change.

The survey, in which 1000 school-aged children from across Ireland participated in, found that 87 per cent of respondents consider climate change important to them.

It was also found that more than three quarters say that climate change is something they worry about, with two out of every three wanting to see climate change taught as a separate subject in school.

The survey was conducted by the Climate and Nature Summit (C&N), Ireland’s first climate change summit which aims to bring together school-aged children, teachers, educators and activists.

The survey also found that:

●  While 86 per cent of respondents said they have heard about climate change in school, 51 per cent said it is not covered in a way that inspires them to take action.

●  As the COP26 summit approaches, only 14 per cent of Irish schoolchildren surveyed have heard about it

●  1 in every 5 children never talk to their family about climate change while 43.2 per cent often talk to them about it

●  83 per cent revealed they get their information on climate change from the media rather than a parent or family member.

Dublin teen environmental activist, Flossie Donnelly, has thrown her support supporting the summit, saying: "It has been a goal of mine for quite some time to see environmentalism taught in a practical form as a core subject on the Irish curriculum and it’s no surprise that so many other kids feel the same."

I'm proud to be joining forces with the summit organisers to raise awareness of this and take a step in the right direction; I want to encourage all schools, teachers, parents and young people themselves to please sign up for what I believe could be a life-changing and focus shifting summit."

"If we want a better tomorrow then we have to act today," she concluded.

One 17-year-old student Kenneth Bracken, who attends Ard Scoil Chiarain in Offaly, also offered his thoughts on the upcoming C&N summit: "I’m so excited for the Climate and Nature Summit and really think it could have the power to inspire the attendees into action."

Public lighting necessary for route used by cyclists near Naas

"No longer do young people just want to sit back and wait for the adults in our world to do the work but instead we want to take the cause into our own hands and do what we can to give us all a better future."

13-year-old Wicklow student, Poppy Mac Andrew, from Temple Carraig also chimed in on her views on climate change being integrated into the Irish education system: "I would love to see climate change introduced as a separate school subject in the Irish school curriculum."

"I really think it could help make a difference to the way other young people approach the topic," she added.

Deirdre Lane, a member of the Kildare Environmental Network (KEEN), told the Leinster Leader that she welcomes the news that children are becoming more conscious of climate change.

She said: "Young people are nudging climate action forward; (there is) less of the 'Blah Blah' (and) more of the implementation of climate action."

Ms Lane also pointed to the the Climate Action Linkage Group, which is associated with the Kildare Public Participation Network (Kildare PPN), and the Maynooth Cycling Campaign as positive examples of groups spreading awareness on climate issues.

She added that while PPN groups "are live and thriving", she questioned if KCC are taking the suggestions from them seriously: "Are the KCC taking on board the findings and enacting them, like the Cycling ideas?"

"If only the KCC implemented positive changes as the funds are there and the experts here in Kildare to guide them; if only they would open and read the emails."

The C&N summit will coincide with COP26 in Glasgow and is a new initiative developed in partnership with a number of different organisations, including: Fifty Shades Greener, The Irish Schools Sustainability Network (ISSN) and Education for Sustainability and is supported by Kildare Wicklow Education and Training Board (KWETB).

Further information about the C&N summit can be found by clicking here.