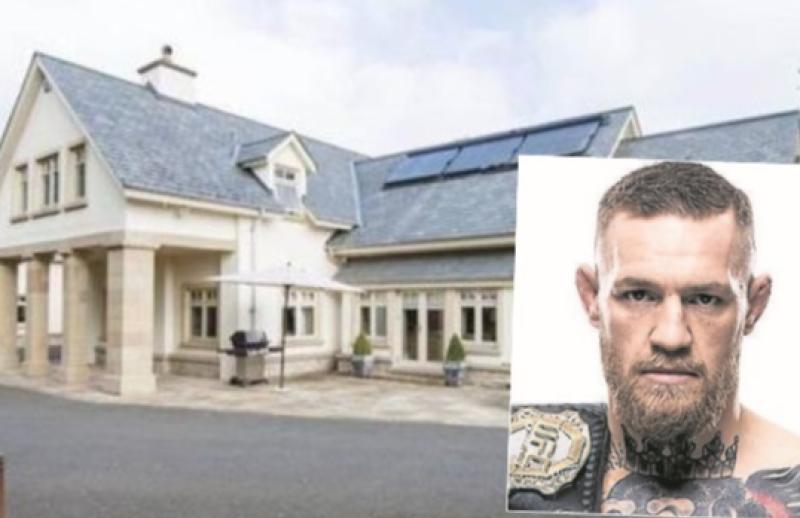 Recent files at Kildare County Council show that Conor McGregor and his partner recently gave his personal assistant consent to seek planning permission for works on their Castledillon home.

According to The Irish Times, the home, which is known as The Paddocks, was previously bought by the recovering athlete and Deirdre "Dee" Devlin for €3 million in July 2019 from Albert Reynolds Jr, the son of the former Taoiseach.

It is understood that the planning application submitted to Kildare County Council on behalf of McGregor and his partner shows they are looking to make significant alterations and additions to The Paddocks' current configuration.

The proposed works include the demolition of the existing detached garage, as well as the construction of a part-single, part-one-and-a-half-storey extension to the front, side and rear of the property.

In addition, the former UFC featherweight and lightweight champion is also hoping to relocate the house’s tennis court and to build a partially sunken basement under it that would contain a car park, gym and ancillary rooms.

Located near the five-star K Club hotel resort, McGregor’s family home has five bedrooms, six bathrooms, a living room, a dining room, a kitchen and a games room, as well as equestrian facilities.

The controversial fighter is currently the world’s highest-paid athlete, beating out athletes such as Tiger Woods and Christiano Ronaldo, after earning a total of €148 million last year.