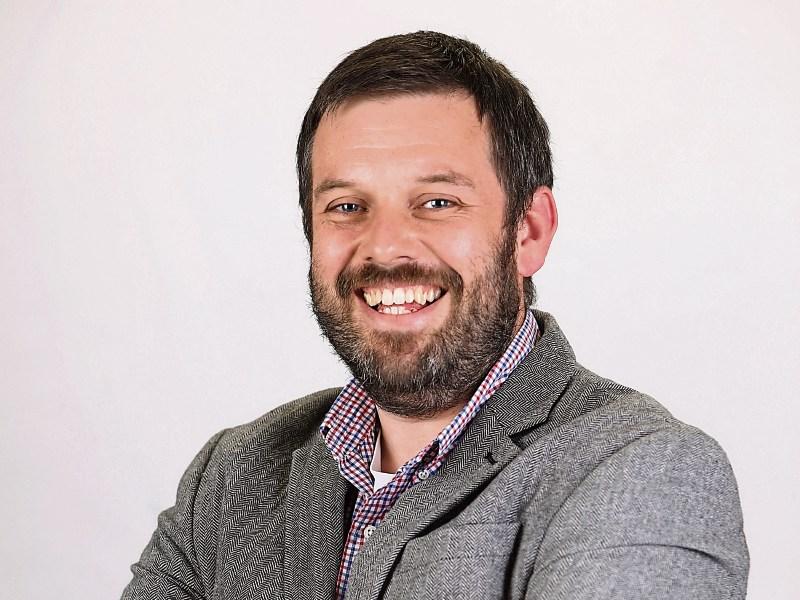 It sounds like the plot of a Hollywood blockbuster — or at the very least a Netflix mini-series.

An Irish technology company announces that it has defied the laws of physics and invented a way to produce free, clean energy — a finding that could revolutionise life as we know it. The plan is backed by keen investors who sink multi-millions into the project, and led by a ‘true believer’ who never doubts that the venture will be a success.

This tale, however, is real — and Kildare journalist Barry J Whyte has penned a book tracing this stranger-than-fiction story of Celtic Tiger hubris all the way to its sorry end, which resulted in the loss of millions of euros to investors.

Dublin-based tech company Steorn hit the headlines in the summer of 2006 when its founder Shaun McCarthy placed an advertisement in the Economist announcing that they had discovered a machine that could create energy from nothing. It was a bold and brash move, reflecting a time that was awash with money, when people were willing to believe that the old rules no longer applied — to the housing market, to economics and, perhaps, to the laws of physics.

A who’s who of high-profile Irish figures invested in Steorn which, inevitably, failed to deliver on its promises. Founder McCarthy was called a scam artist and a fraud. 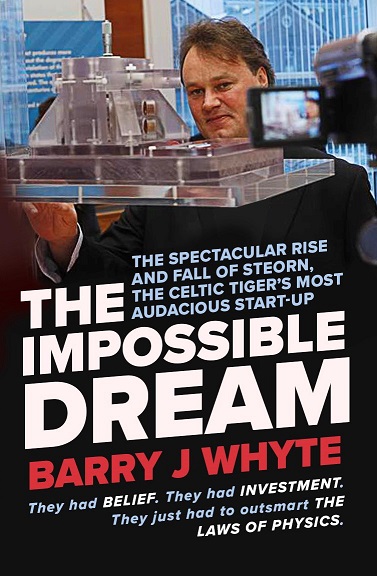 The cover of Barry J Whyte's Book, The Impossible Dream, which is out now

The Impossible Dream, which was published last month, was written by Brownstown native Barry J Whyte, who is a writer with the Business Post newspaper. Now living in Newbridge, he has also worked with RTÉ and the Phoenix, and subsequently spent four years in New York where he studied at Columbia University. His fascination with the story started in the mid-noughties, and he has returned to it time and again in his reporting.

“What struck everybody at the time wasn’t just that they’d claimed this thing but that they’d also dared the world of science to prove them wrong. Which was this brash and really confident approach they had to something that was in violation of all of the laws of physics.

“People with a slightly more sceptical or cynical bent thought that they were up to some kind of scam, and that’s the interesting tension at the heart of all this.”

Shaun McCarthy, who engaged with Mr Whyte on the writing of the book “kind of put it himself — that it’s a scam, or he’s an idiot”.

History is littered with the false claims of those who think they can create an everlasting source of power — but never once has any of these been proven.

“You do have to presume when a company comes out and makes this claim that the laws of physics will remain intact after they’ve gone, and that’s been the case in Steorn. But that doesn’t mean that the company won’t raise money, particularly in the Celtic Tiger when there was so much surplus money around, and people, I suppose, had a particular outlook. They were more sort of inclined to imagine that there could be success at something like this.”

Mr Whyte says that Steorn’s rise is a story of its time, of a period when people had money to burn and putting in tens of thousands didn’t cost investors a second thought. Some of those investors also agreed to be interviewed for the book — although others, perhaps embarrassed, don’t want to be reminded of throwing away money that a few years later they would have been grateful for.

“There is a lesson in this. If we ever find ourselves in a period like the Celtic Tiger again, we really should exercise a bit more prudence and caution and not get carried away with financial promises, the idea that an economy can grow forever — there will always be a downturn. We must mind our finances appropriately, and pay attention to the laws of physics both literally and figuratively — what goes up must come down.

“Ultimately, this is a sad story. It’s not a hatchet job on a bunch of eejits. I hope that people come away liking Shaun McCarthy. We can disagree on the laws of physics but he’s still a nice fella. And similarly with the shareholders, it’s not my intent to make them look stupid. They’ve been through enough and they were good enough to talk to me.

“These guys have been very gracious in giving their time, exposing themselves once again to potential ridicule, and they’re doing something beneficial to remind us just how crazy we all got during the Celtic Tiger.”