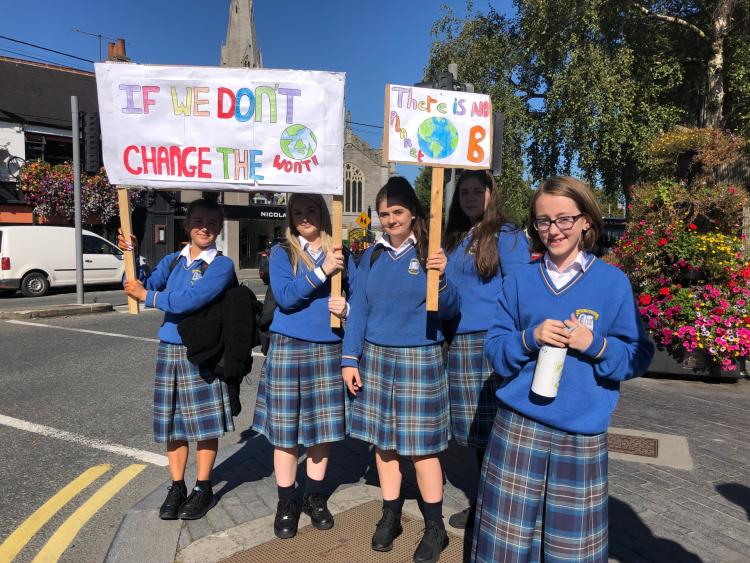 Kildare school children played their part in what is being described as the biggest simultaneous mass mobilisation of people in protest, with many from all over the county making their way to Dublin earlier today to take part in protests against climate change.

Meanwhile a smaller group protested in Naas's Poplar Square at noon this morning, in front of the John Devoy statue.

The students, mainly from Gaelcholáiste Chill Dara, were joined by a number of adult activists. The protest continued for an hour, and if the large number of passing motorists beeping in support was anything to go by, it appears they have the support of a majority.

Cllr Vincent Martin, who along with Cllr Bill Clear attended the protest, told the students they were an inspiration.

"There still is hope. I don't want a depressing message going out today. We still have hope and I'm more hopeful today because the young people are stepping up and saying 'no more nonsense' from the government.

"They're dragging their feet as the planet burns and the climate breaks down. You are inspiration to me," he added. 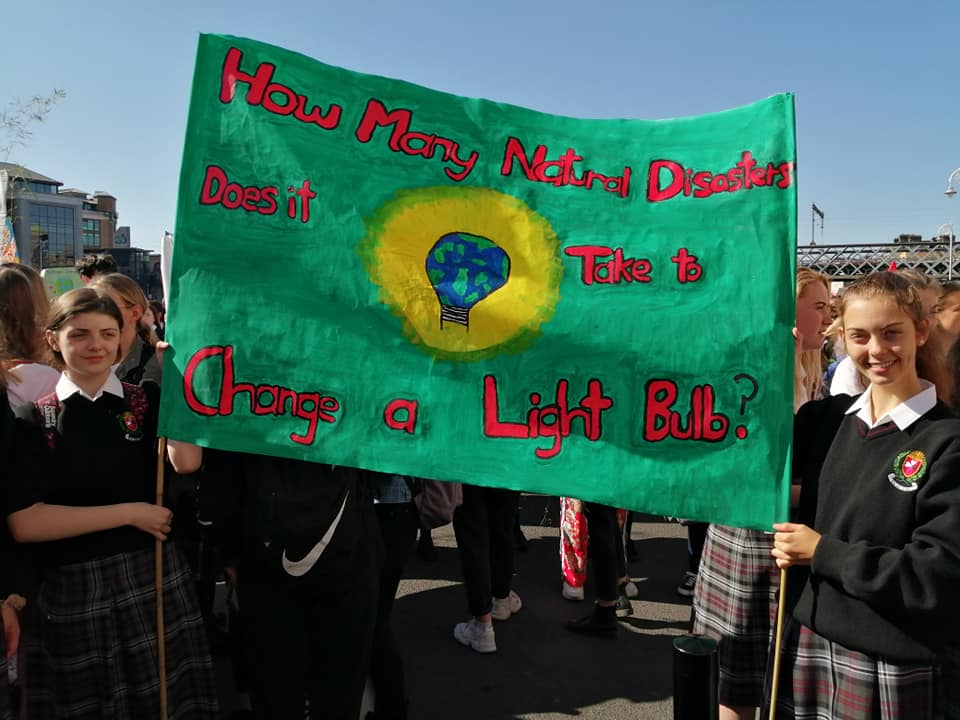