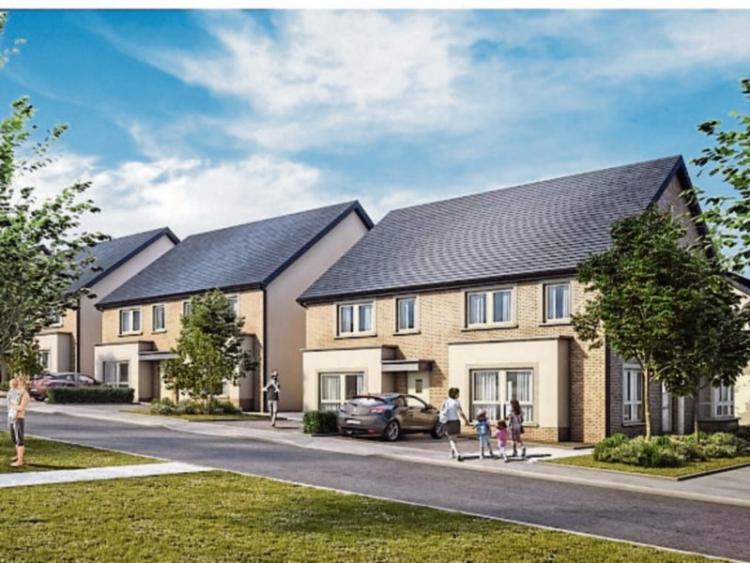 After a decade and a half of huge growth, of a trebling in the population, of growing traffic jams and inadequate places in schools and GP services, some members of the community in Clane are wary of a proposal for a large new housing estate.
There are now 7,280 people living in Clane according to the last census.
But with an application with An Bord Pleánala for 366 residential units, the prospect of 1,006 people, an increase of 13.8% moving into Clane has caused concern with some locals who are worried that what was once a medium-sized village will not be able to deal with the additional numbers.

The new proposal is in the name of Ardstone Homes and will be situated in the area of Capdoo, a piece of land behind the Tesco and the Lidl on the Celbridge Road. It will include 184 houses and 182 apartments.
And that is not the only application before a planning authority in relation to Clane. There are several other, and smaller planning applications.
Former county councillor Tony McEvoy says that under current plans, Clane’s population could soon be 10,000.
“The planning guidelines, regional and national, are a nonsense,” he told the monthly Clane Community Council (CCC)meeting on June 24.
The CCC chairman, Paul Carroll, remarked that the Clane Local Area Plan indicated about 260 residences for the Capdoo site but the company has applied for 366.
This was significantly more than allowed for in the Local Area Plan for the area. And some, including Cllr Aidan Farrell have expressed concern at the role of An Bord Pleanála in increasing density and therefore the number of housing units in the proposal.
Following a pre-planning recommendation from an inspector at the board that higher density was preferable “given the proximity of the site to Clane town centre, with its established social and community services” the proposed development saw a 14% increase in the density of units per hectare, going from 322 units to 366 in total”.
A new link road is part of the proposal, which would bring traffic between the Kilcock and Celbridge roads without having to go near the Main Street or the junction at the Woods Centre, which is already at capacity.
While, on the face of it, a link road bringing traffic away from the Main Street seems like a welcome development, in the long run it will lead to more traffic on Clane’s roads, according to CllrPadraig McEvoy
If a road is perceived, because of a bypass, to have more capacity than it did before, it will attract more cars, thus negating the benefit of the bypass.
And, assuming that each of the 366 new housing units has a car each, that means that there will be 366 more cars on the outskirts of the town.
He adds that by virtue of the new estate being on the outskirts of the town the likelihood that new residents will walk to the town centre is, by definition, less, so the additional traffic will offset considerably the benefit of the new road.
As it is, Clane is categorised by the National Transport Authority as a ‘Car-dependent Commuter Settlement’ with 67% of trips being made by car and just shy of 50% of them being made to other places, as opposed to internally around the town itself.
The CSO 2016 Census found that in excess of twice as many workers resident in Clane leave the town for employment compared with those in bound to Clane for work.
Clane has a jobs/population ratio of 0.15, whereas a ratio of 0.8 is considered a sustainable level.
A submission by local councillors on the proposed Ardstone Homes estate says the principal of the local secondary school, Scoil Mhuire Community School, has indicated that the school is currently over capacity and he is seeking to reduce the intake of new students for the foreseeable future.
Reflecting on the situation, Cllr Aidan Farrelly noted that there are “taken together, a total of 1,299 dwellings under four separate proposals  at various stages of the planning process,” in North Kildare.
“My initial reaction is to welcome new housing developments, but the scale of them will mean at least 3,000 new residents in Clane, Naas and Maynooth.

"There has been absolutely no thought given to how families will get to work, what schools they will go to. GPs services are already at capacity.

"We need to build sustainable communities, not just new homes. People need services and infrastructure too.”