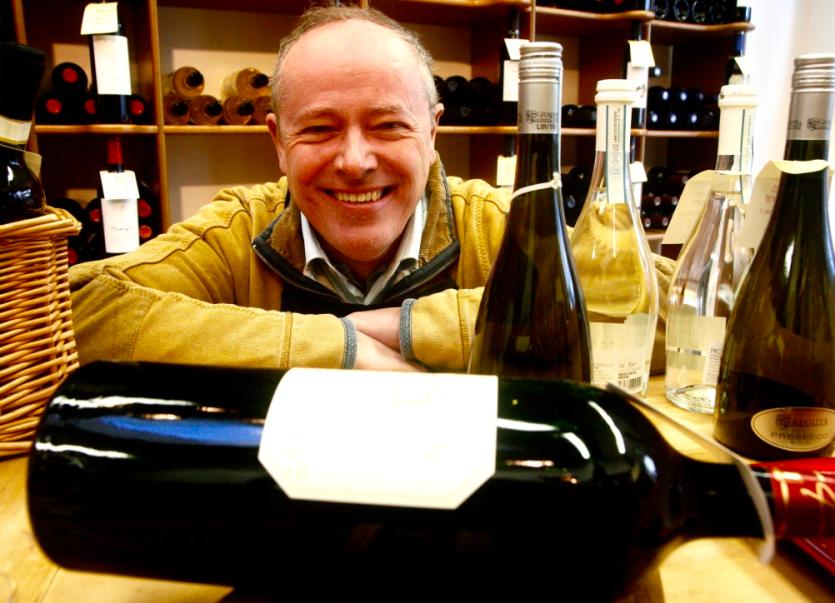 The owner of a popular Newbridge wine store has admitted that the prospect of the Brexit, and the effect it would have on his business, gave him sleepless nights.
But David Malone of The Wine Buff took steps to avert disaster and has now declared the business “Brexit ready”.
Like many businesses, David depending on his goods, in this case wines, coming either from or through the UK.
“Previously wines were shipped from Europe to Ireland though the UK land corridor. Now in anticipation of Brexit — hard or soft — all our wines are being shipped directly from Europe, effectively cutting out the UK.
“We could not take the risk of cases of wine being stuck in the UK, so have now changed all our shipping routes directly to Ireland from Rotterdam, Cherbourg and from Santander in Northern Spain.”

Read also: Kildare Cycling Column: So, why are they on the footpath then?

“Every Irish business has to be Brexit ready,” Mike McDonnell, managing director of The Wine Buff group said, “and we are no different. Changing our shipping routes has been months in the planning and now all our ducks are in a row.”
“Nobody likes the uncertainty, particularly in Kildare, home to much of Ireland’s bloodstock industry,” concluded David Malone.
Kildare Chamber has also been active on the issue of Brexit.
“We are holding regular briefings with our members in regards to export advice and we issue on average 400 certs of origin annually to Kildare companies exporting to non-EU countries,” CEO Allan Shine explained.
“I’m in Brussels every second month engaging with EU officials on Brexit and we work closely with the Brexit working group within the British, Irish and Northern Ireland Affairs Division of the Department of the Taoiseach.
“We also regularly brief our members on the risk of Brexit to wider European economic stability,” he said.