Kildare Cycling Column: So, why are they on the footpath then? 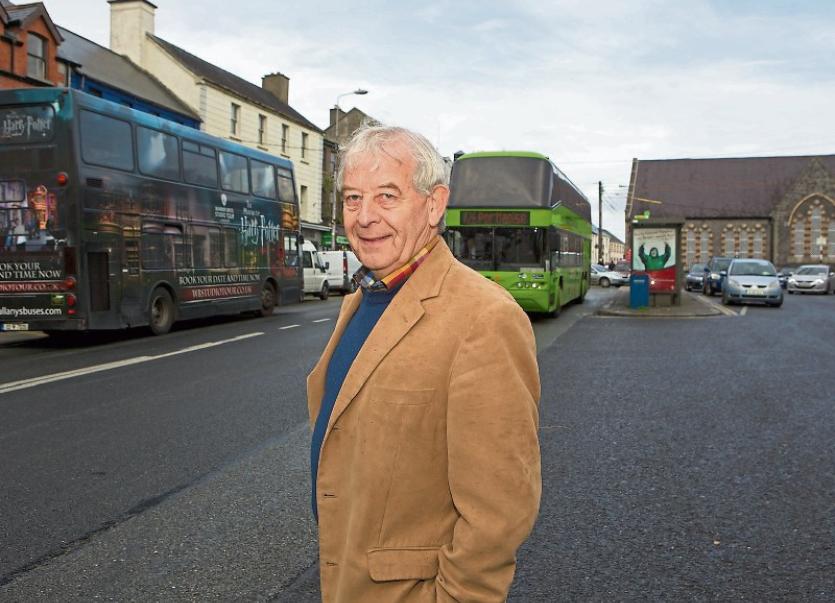 The most disappointing thing about the March Kildare Joint Policing Committee meeting wasn’t so much the comments made by local councillor Seamie Moore about the threat posed by those who cycle on the footpaths, or the suggestion by a very senior garda that cycling on the footpath was a precursor to high-speed thefts of mobiles phones and the like, but that the whole ‘problem’ was treated only from a policing point of view.

These cyclists, the narrative suggested, they’re wrong, committing an offence.

Now I know, you may well point out the obvious — it was a policing meeting, so, you know, that’s the focus of the meeting. But it should be a tad surprising that at no point in the discussion about people cycling on footpaths did anybody either ask or venture an opinion as to why people were cycling on the footpath.

Look, I get that some people might be intimidated by people cycling in a space that is intended for pedestrians. That’s blindingly obvious.

So much of the aggravation that cycling apparently prompts in others is due, I believe, to the fact that recent years have seen a sudden rise in a new cohort of people (cyclists) who want space in a transport system that does not have space for them, and that was not designed with them in mind.

And the previous ‘owners’ aren’t happy about having to share.

But what is also equally blindingly obvious is that, other than the would-be mobile phone thief, the vast majority of those cycling on the footpath are doing so because it is far safer than cycling on the street.

If you park yourself on the footpath in Naas and look at who is cycling on it, it becomes very clear that by and large they are women, Eastern Europeans and school children.

Not to be sexist, but the women are there because they don’t fancy their chances on the street. They don’t want their commute to be a game of chicken with the cars. Not everyone is comfortable cycling alongside motorised transport.

The Eastern Europeans are there, I suspect, because they came to this country on the understanding that it is a civilised one where, like their own countries, cyclists are not forced out onto busy streets. It’s not their fault if our cycling infrastructure doesn’t meet their high expectations.

And the children are probably, let’s face it, cycling on the footpath because their terrified parents have told them to.

So here’s the question: If fear for their own safety has self-evidently driven cyclists off the street and onto the footpath, then where is the action to provide them with the safe alternative?

Where is the outrage about that?

I don’t propose to rehash, once again, the arguments about why we shouldn’t be encouraging these people to get back into cars; but we shouldn’t, and a thing called modal shift is official government and county council policy.

Modal shift is a fancy phrase for the process whereby our entire transport system changes from being primarily car-based to one that prioritises public transport, walking and cycling.

It is not a new idea. It did not appear in government policy last week. It’s been there for decades, although admittedly it’s only in recent times moved beyond a mere aspiration.

It’s important to say — because I have been and will continue to be accused of radical theorising — that none of this is new or original or out there or left field.

All over the world cities and towns have moved in this direction. This is not radical. This is mainstream, and local authorities are living under a rock if they’re unaware of it.

There are so many examples all over the world that I wouldn’t know where to start, but if you do a Google search for ‘removing cars from cities’ it returns 18.4 million results.

Not so radical then.

It’s all about cycling. It’s about making towns and cities nice places to live in and reducing cars and increasing cycling infrastructure is the inevitable consequence of thinking about making an urban space a living space, rather than two rows of shops on either side of a smelly, noisy, polluting and ineffective traffic jam.

All of the above is why discussions about condeming and penalising people who take a proactive approach to their own transport and safety by cycling on the footpath is so frustrating.

If we don’t want people cycling on the footpaths, then we need to figure out where we want them to cycle, and do so in safety.

I shouldn’t need to have to say it, but this, alas, is where we are.