Kildare man in London: A real-life Morse on the trail of gangster money 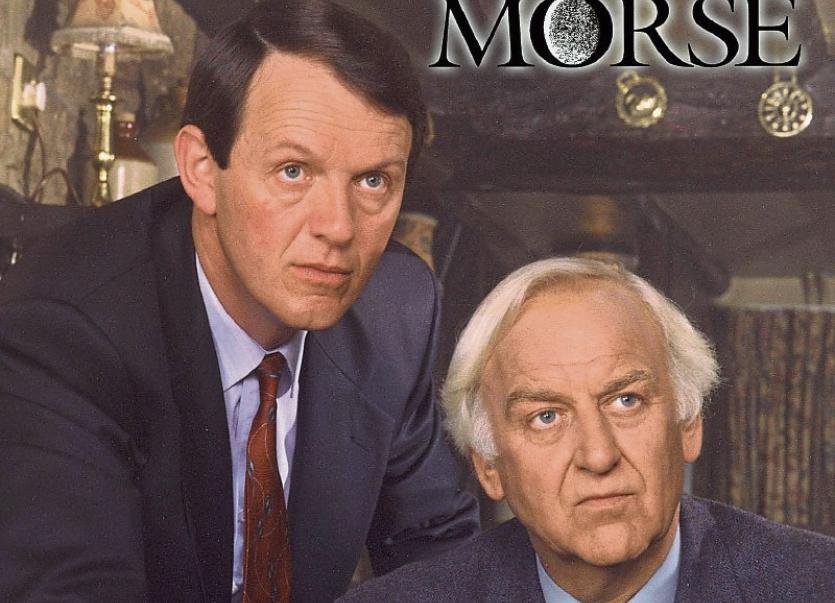 The impact of British crime drama has always been telling in Kildare.

We’d a neighbour in the 1990s, and everyone knew that it was a really bad idea to call to the house between 8pm and 10pm on a Monday because that’s when Inspector Morse was on.

In the summertime, walking by the front of the house, all you’d see was the bill of a baseball cap, poking out of an armchair; wisps of cigarette smoke floating across the room, and John Thaw on the telly.

Of course, John Thaw was in that other great British crime drama — The Sweeney with Dennis Waterman, and when you add in The Bill, Inspector Frost, Cracker with Robbie Coltrane, and characters like Roy Slater out of Only Fools and Horses, you’ll appreciate I spent a lot of lost hours watching fictional British detectives.

I don’t think it ever crossed my mind that I’d ever meet a real-life version of one of these characters.

Read also: A KILDARE MAN IN LONDON: Kildare’s secret tourist gems need to be looked after

But the better part of this year — the working part at least — has been spent documenting the story of a former Scotland Yard Flying Squad detective.

I met Ian Brown from Chatham in Kent about four years ago on another story.

Dark humoured, with a vocabulary filled with expletives, he felt like the The Sweeney John Thaw’s character was based upon.

Possibly, and I’m biased of course, he has a better personal story to tell of the non-fiction variety.

Because in 1983, Brown was one of a number of detectives sent by Scotland Yard to recover the proceeds of Britain’s biggest ever crimes — the £26m Brink’s Mat Gold Bullion robbery, from a warehouse close to Heathrow Airport in west London.

The heist, executed by six Londoners from the surrounding postcodes to where I now live, was so big it sent shockwaves around the world and the price of gold rocketing.

The gang made off with 6000 gold bars, weighing in at more than two tonnes and with a value of £26m. Thats about £100m in today’s money — more than enough to build thousands of new homes and hundreds of new schools.

And even though Scotland Yard knew who’d done it, recovering the gold was another matter.

One of the measures they took to try and make that right, was to call in Ian Brown — a one-time electrician turned copper, who was regarded by some of his colleagues as one of London’s luckiest detectives.

Modest, he says that often things just fell his way. And he knew all the big players in the South London crime scene in 1980s, because, well, he’d ‘nicked’ most of them.

Brown is nearly 80 years of age now. But his vigour hasn’t dissipated and his story, unknown and largely untold, remains a rollicking adventure that stretches from South London to Spain to St Thomas in the Caribbean.

This was his personal money trail on the hunt for the missing Brinks-Mat gold.

It was a job, unprecedented in the history of Scotland Yard, and maybe, it remains one of their best-kept secrets. The way Brown tells it now, his methods of investigating would not fit with today’s policing model.

He crossed countless boundaries, operated without authority in countries, sometimes against the threat of causing a diplomatic incident, and did things that might well be considered illegal in order to try and recover the proceeds of this crime.

Eventually, the dots joined and he discovered that money from the heist was being laundered through an accountant in the Caribbean whose name was Shaun Murphy.

There he discovered that the volume of money being moved through this tropical paradise was so great, it was delivered by suitcases dropped out of the sky from small planes.

Where all the Brinks-Mat money ended up remains one of Britain’s enduring crime mysteries.

But according to Brown a lot of it ended up being invested in property London’s Docklands.

So, you might just say the heart of Britain’s financial services landscape is built on the proceeds of stolen gold.

Robert Mulhern is a London based journalist contracted to Sky News. To email him, contact mulhernrobert@ hotmail.com