A KILDARE MAN IN LONDON: Kildare’s secret tourist gems need to be looked after 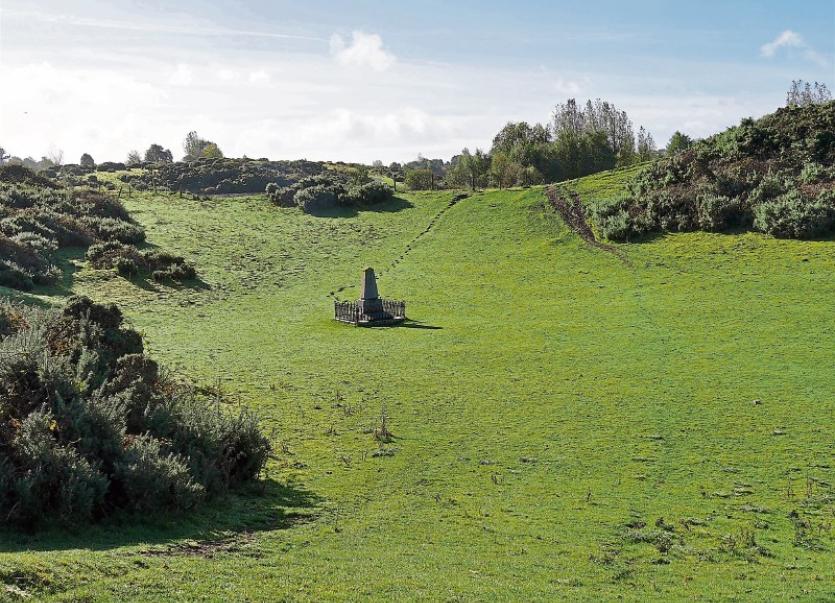 We had a visitor from America some months back.

It was a work colleague of my wife and she arrived for a week, dragging a suitcase the size of small fridge.

Having once travelled to Australia and back with only a laptop bag, I was offended by this hulking, purple-coloured suitcase.

And with the kind of look that says “I know the secrets of the world and you don’t”, it was cooly explained to me that a variety of outfits were needed for this particular vacation — because you didn’t want look the same in photos beside Big Ben as you did in ones by the London Eye.

I said nothing, resigned myself to a can of Stella from the fridge and reasoned that I’d just been given a terrifying insight into the future of tourism.

The tourism of the selfie-stick.

The tourism that visits famous landmarks not to enjoy their majesty, God no, but for a snap to upload to social media, before moving on to the next photo opportunity.

It’s a relatively new phenomenon that social media websites like Instagram and cheap air-travel are helping to drive.

Some of the world’s best known landmarks, and even the lesser known ones, have been reduced to an undignified mass of phone-clicking narcissim.

There’s exceptions, like in the Philippines where President Duterte has closed some areas of scenic beauty because, well, they were being overrun and destroyed.

In the future, tourists visiting the Philippines will have to pay a tariff if they want to enjoy these places.

I’m not giving Mr Duterte a pass on his human rights record, but, I have to say, I’ve a bit of time for him for making this move.

In Kildare, we’re in no such danger of being overrun, so average has the promotion been of certain landmarks and amenities with not only national but international appeal.

On occasion — and mindful of the changing face of tourism — I do wonder if this is actually a blessing in disguise.

But here’s the distinction — there’s a big difference between an inability to realise the potential of our local heritage, and the wilful neglect of the same. And this is the attitude that prevails in respect of places like Donnelly’s Hollow and the Curragh.

Like lots of Kildare people, Donnelly’s Hollow means something to me.

The landmark appeared in these news pages recently because it was reportedly being used a dumping ground.

When I’m passing on a trip home, I often stop, stroll down and take in the still of the place.

If I were to take a straw poll of my friends, I’d be surprised if even one among them couldn’t relay some version of the story about Dan and his famous fights with Tom Hall and George Cooper in the 1800s.

But then I think of two enormous parks close to my London home and how both of them employ rangers to maintain their upkeep and by doing so help prevent them falling into disrepair.

Would you believe it, this ambitious plan seems to be working too.

I know that KCC has spent money — on what I’d consider gimmicks — to try and promote local tourism down years, and I know what I’d spend some of it on.

Because, the Curragh exists in the imagination — at least in part now — as a place ungoverned, abandoned, somewhere that can be abused without any repercussion.

Not so long ago, before iPhones with cameras, maybe, I would have been championing both the facilitation and promotion of local sites like these from a local economic point of view.

There remains merit in this of course.

But I’m dialling back my ambition somewhat, because part of the charm of places like Donnelly’s Hollow is that often, when you visit, you have them to yourself.

To be great, they don’t need to be selfie magnets complete with tour guides.

But they really do need to be looked after.

Robert Mulhern is a London based journalist contracted to Sky News. To email him, contact mulhernrobert@ hotmail.com