Extraordinary woman outlived 14 of her 22 children 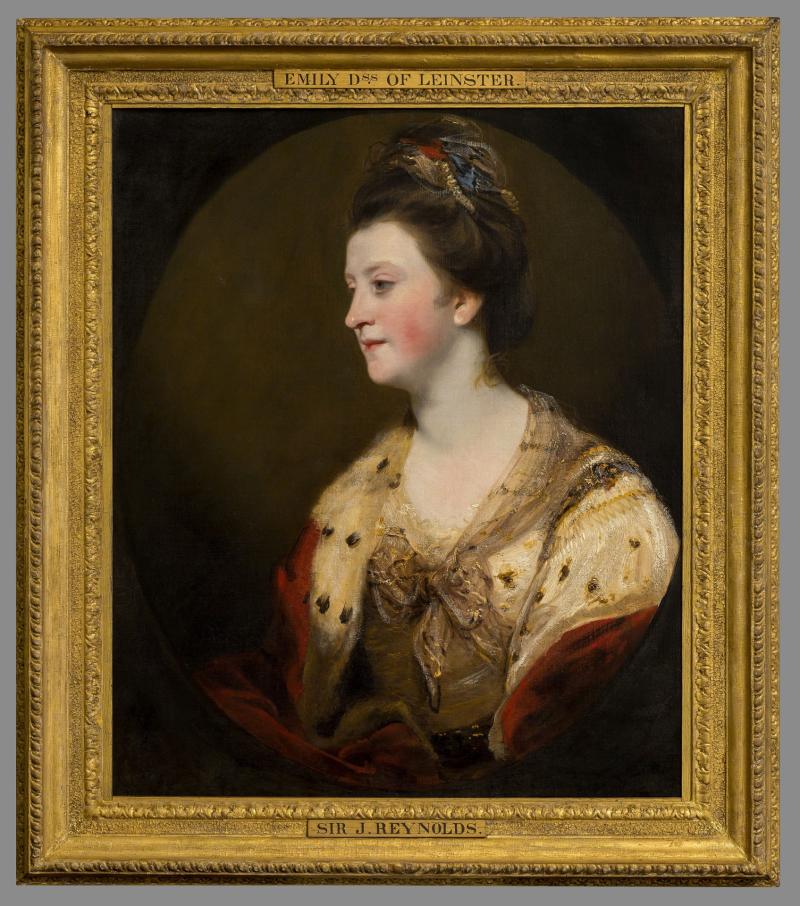 The painting of Lady Emily to be unveiled tomorrow

A 344 year old portrait of Emily FitzGerald, the Duchess of Leinster which will be unveiled in Castletown House in Kildare tomorrow morning, the original home of her sister, Louisa Conolly.

The portrait was last displayed in Ireland in 1957 and has been hanging in the dining room of Carton House for many years, before being acquired by the OPW, the Castletown Foundation, with support from the Friends of the National Collections of Ireland.

Emily had a fascinating life, and gave birth to 22 children with two husbands. Fourteen of her children predeceased her. She was married to James FitzGerald, the first Duke of Leinster and was referred to as the “Queen of Ireland” for her role as a political influencer.  Her son Edward, was a major figure in the United Irishmen, was injured during the Irish Rebellion of 1798 and died in prison of his wounds.

Born on 6 October 1731, Emily Lennox was the god-daughter of George II and was the second of seven surviving children of Charles Lennox, 2nd Duke of Richmond and Lennox and Sarah, daughter of William Cadogan, Earl Cadogan. She married James FitzGerald, the 20th Earl of Kildare on February 7, 1747.  After their wedding in London, the couple returned to Fitzgerald's native Ireland and resided in Carton House, Frascati House, Blackrock and Leinster House, Dublin.

Their marriage was reportedly a happy one, despite Lord Kildare's infidelities and the couple had 19 children together (although the paternity of the last child was questioned).  Lord Kildare was made the Marquess of Kildare and the Duke of Leinster in recognition of his contribution to the political life of his country, which many have attributed to the skilful political networking by his wife.

After his death she caused quite the scandal when she married her Scottish lover William Ogilvie, who originally had come to Carton House as a tutor to her children. They had three further children and lived well thanks for a generous £4,000 annual allowance that was left to her in her first husband’s will.

In fact that will was so generous that it put their son William, who inherited the title from his late father, under serious financial pressure to meet the allowance.

Read also: REVEALED: This is where the €500,000 EuroMillions Plus ticket was sold in Kildare

The portrait of Emily was by Sir Joshua Reynolds. It was painted in 1774, when she was in London visiting her dying sister, Caroline, Lady Holland.  It shows Emily looking stately in a pink dress and ermine shawl, within a painted oval. She was 43 at the time, a year after her husband’s death, and would go on to have a further three children with Ogilvie.

Reynolds had also painted a portrait of her in 21 years earlier in 1753.

The painting to be unveiled tomorrow originally hung in the dining room of Carton House, and will now be displayed in Castletown House, home of her sister Lady Louisa Conolly of Castletown House.

The FitzGerald’s and indeed the Conolly’s played a hugely significant role in Irish historical life at the time. It was Emily who arranged the marriage of her the 14 year old sister to the Thomas Conolly, a parliamentarian nine years older than her.