KILDARE COLUMN: Who will deliver the Kildare glory days in 2019? 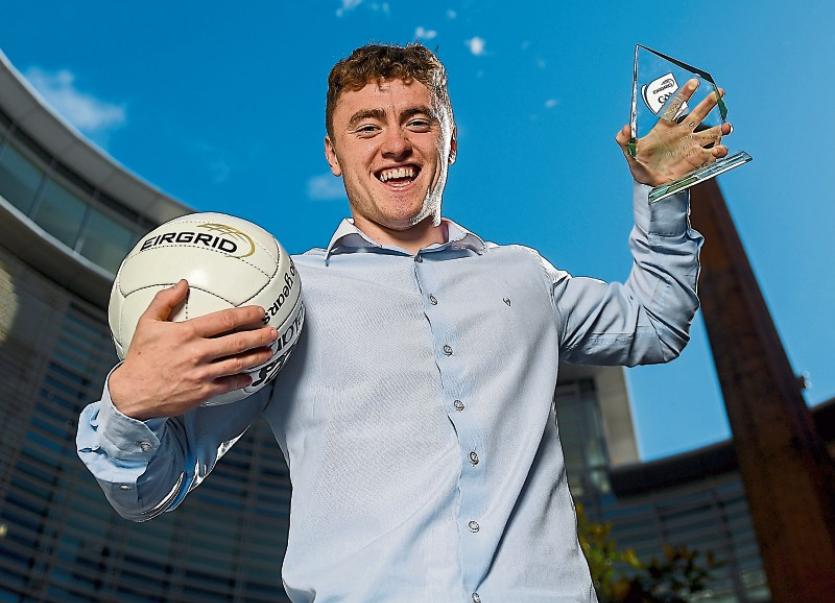 One fight from a Kildare boxing world title

Regular readers of this column will be familiar with the rise in Australia of boxer Dennis Hogan.

The Carnalway native scored another impressive win in Brisbane in December, and, bar a major mishap, in 2019 he will fight for a world junior middleweight title.

That Hogan’s story is still largely unknown in the mainstream — despite him being top of the queue to contest a world title — makes his story all the more remarkable.

Expect all that to change as the months roll on.

Already, the talk is that the fight may take place in Brisbane, his adopted city. Will he be the first Kildare man to summit his sport in living memory?

We may have to defer to local historian Liam Kenny for an answer to that one.

Meanwhile, keep on eye on the late  but immensely enjoyable rise of Eric Donovan, the eminently likeable Athy man and Naas’ Gary Cully who continue to rise steadily in the professional ranks.

A future built on champions

In line with the counties ahead of them, if Kildare footballers are to further improve in 2019, the senior team will surely be coloured even more brightly by players from the U20 side that won the 2018 All Ireland.

With the average age of senior inter-county GAA players dropping ever lower, the burden to deliver success is increasingly being delivered in Dublin, at least, by the county’s young stars.

At U20 grade, Kildare are now the market leaders and the short-term legacy means anything but another spin through the Super 8s at senior level would be disappointing.

The pacy redevelopment of the Curragh Racecourse is almost notable for the lack of fuss that has accompanied the construction, from a distant perspective anyway.

Halcyon Derby Days when thunder rolled off the track and out into county; when the Curragh felt like it was at the centre of the racing world, have retreated in recent decades.

But the endeavour and ambition to create a new stage that might yet again provide a platform for such afternoons already feels like a winner.

Watching Adam Byrne from Kill gather to score in the corner for Leinster against Bath in December in the Champions Cup reminded me again of his talent, but also of the talent ahead of him in this, a World Cup year.

Post victory over the All Blacks, the national side is now regarded by many as the world’s finest.

And along with Byrne, Kildare has its share of talent.

But Athy’s Joey Carbery (Munster) seems the most likely from a pool that includes James Treacy (Leinster) and Tadhg Beirne (Munster) to figure in Japan later in the year.

There’s a lot of rugby to be played before then however.

Read also: Robert Mulhern on the death of the fried breakfast

Racing car driver James Roe Jnr figured in the local sporting headlines throughout 2018 as he scored some eye-catching wins — that included lap records — in the F2000 Series in the US.

In doing so he followed in the footsteps of his uncle Michael Roe, who made it a virtue of his career in the 1980s Can Am Series, to lay waste to lap records from Wisconsin to Wyoming.

In that spirit, James Roe Jnr can continue his progress at pace.

The second coming of Mick

There is no obvious Kildare connection with the Irish soccer team here, but if I was to reach for one it would be a long conversation my Mam told me she enjoyed with Mick McCarthy in Dublin Airport recently.

I’ve always been a big fan of Mick and it has become something of a major bugbear in recent months that, more often than not, our soccer players are rated poorly against their rugby equivalents.

From my generation, I can count a scatter of Kildare locals who have gone on to enjoy professional careers in rugby at the highest level, but none in the sport of soccer.

Uncomfortable as it is to admit this as a rugby fan, making it as soccer player in the Premiership is by far the more difficult sporting journey.

Those who have gotten there are worthy of some clemency, and based on what he done in the past, Mick is deserving of a bit patience. Unfortunately the sport’s unforgiving nature means he almost certainly won’t get it.