Finishing out his term 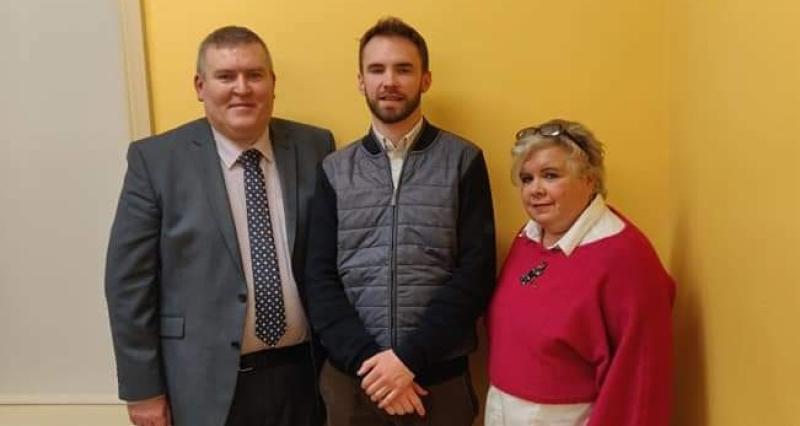 Sinn Fein councillor, Mark Lynch has announced he will not be standing in the May local elections, but will finish out his term on the council.

Mark was the first Sinn Fein councillor elected to represent the Newbridge and Kildare areas. He said he has been working hard to implement changes and policies at the council while also opposing many FF/FG policies at Kildare County Council.

"When I first got involved in politics I had no ambition to become an elected councillor and in the past number of months I have been considering my future in politics. It was an honour to be elected by the people of Kildare and for the past five years I have ensured that at all times I have but the best interests of the area and county first," said Mark.

"The work of a county councillor is advocating for those they represent and to bring new policies to better the county as a whole and I believe I have left a strong foundation for significant future improvements. In politics things that should take three months take three years and so change is at a snail's pace in many areas but some positive outcomes have been had.

"Having no grá become a career politician, I have chosen not to seek re-election, and on Monday in Kildare Town supported Noel Connolly and Patricia Ryan to take up the Sinn Fein mantle. We have been on the ground together for several years and above all else both Noel and Patricia can be trusted to do the right thing, in the best interests of those they seek to represent. I will work with them and the people I was elected to represent until the end of my term. (or possibly before)"

He thanked all his friends, family, party supporters and the people of Kildare, of all political shades.

"The staff at Kildare County Council, while often hard pressed by me, are generally very good and seek to make changes which improve all our lives, although many don't realise the volume of work a local authority actually does," he added.

"SF should move from one to two representatives in the area and be better placed to tackle the lazy political agreements of Fianna Fail, Fine Gael and Labour who stifle progress through their grip of the county council and who are actually holding up the advancement of the county. A change is needed to get new people into politics to challenge those who think it is their right to govern and Noel and Patricia will continue to do this."