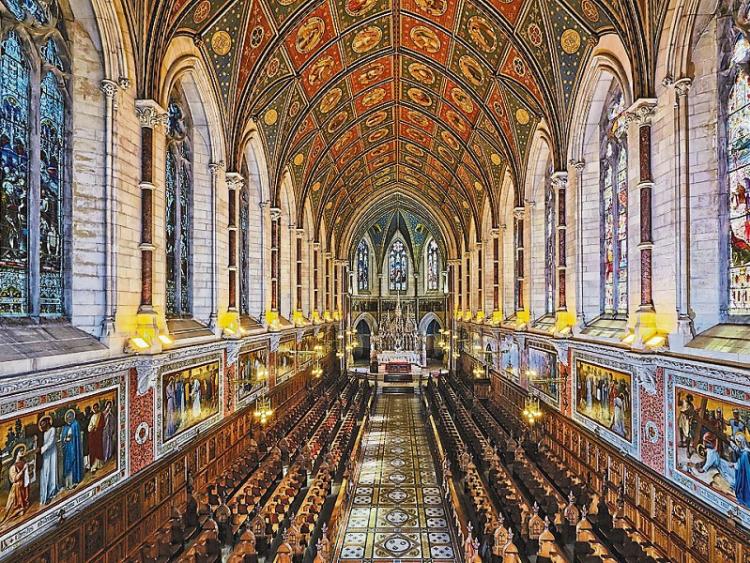 The College Chapel where there Carol Service takes place

The annual Christmas Carol Service from Maynooth College Chapel will be lived-streamed by this evening, Tuesday 18 December from 7.30pm to 9.00pm, giving Kildare audiences and further afield a chance to witness the beautiful singing in the magnificent college chapel.

This year’s Carol Service coincides with the 200th anniversary of the world’s most popular Christmas carol, Silent Night. The carol itself will be a centre piece of this year’s service, with a special performance by the choirs and the congregation of more than 700.

The exhibition was brought together by the Austrian Foreign Ministry and traces the origins of the song’s lyrics and melody. It also gives an insight into the carol’s Irish adaptations and  runs from December 17 to 21 and from January 3 to 7 at the President’s Arch in St Patrick’s College, Maynooth. It is free of charge and open to the public from 9am to 6pm. For more details, click here.