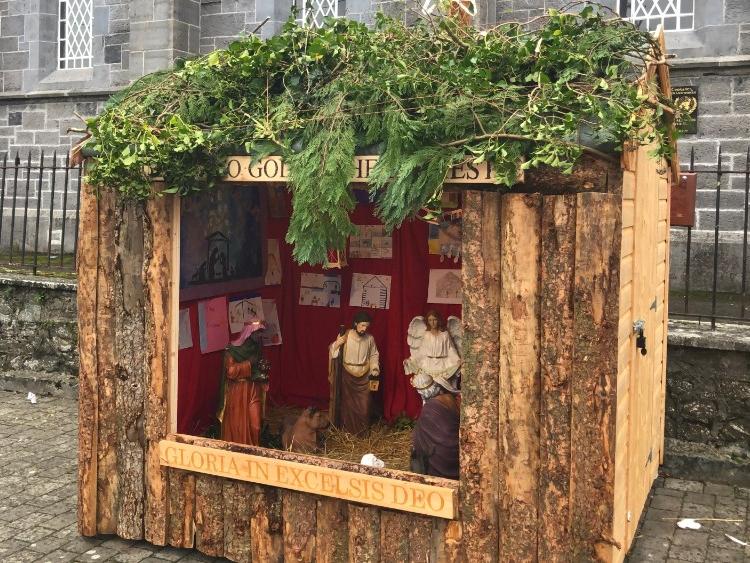 The crib which was vandalised in Newbridge

The Newbridge crib was repaired this afternoon and the baby Jesus replaced after vandals caused hundreds of euros worth of damage to the installatoin outside the town hall in the early hours of this morning.

Noel Buckley of the Newbridge Eucharistic Adoration Chapel Committee, which brought the crib back to Newbridge after a four year absence, said it cost over €2,000 to get it installed.

He said four people were seen on CCTV causing damage to the box which contained the crib.

"They smashed the front of it, the frame was broken and they took Baby Jesus and he was found broken at Market Square. I had a tradesman out in the rain repairing it there today so it would be done before it got dark. The culprits also destroyed about ten to 12 drawings from the local school children. We had asked the local schools to submit drawings and I was rotating them every day so they all were put on display, and they stamped all over them and tore them when they smashed the glass. It was very upsetting," said Noel.

"When I was sweeping it up this morning, people were coming up to me asking me what happened."

He said the glass alone cost €200 to replace, not to mention the wood and the replacement statue of baby Jesus. Noel had to drive to Newry this morning to get the new figurine.

"It is a great addition to the town along with the lighting and it was terrible to see it damaged," he added.

Gardai are continuing to examine CCTV footage of the incident.