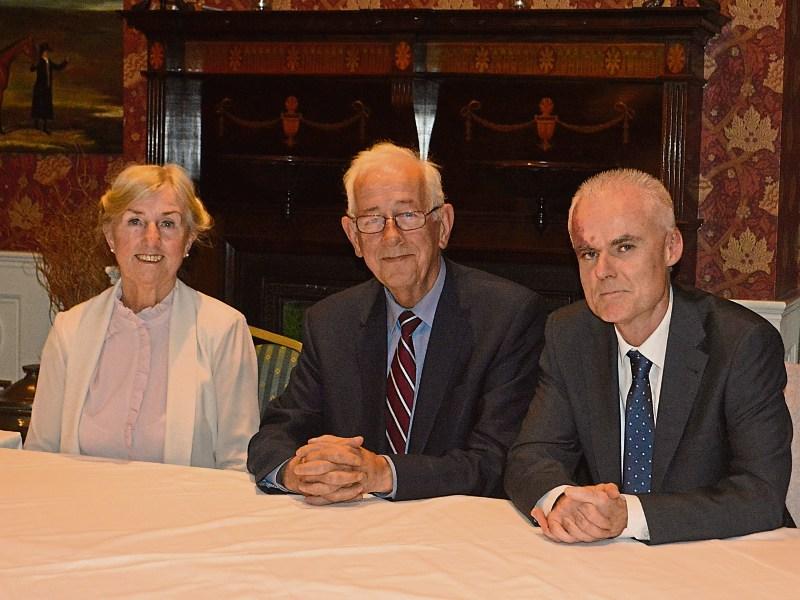 Cllr Anne Breen and Sallins Community Activist Fergus Carpenter have been selected as the Labour Candidates for the Naas Electoral Area in the local elections to be held next May.

The pair were selected at the party’s Selection Convention in Lawlors Hotel, Naas, on Tuesday night, October. The Convention was chaired by former Labour TD Emmet Stagg.

The Naas Electoral Area covers Naas, Sallins, Kill, Oughterard, Kilteel, Rathmore, Killashee, Newtown and Ballymore Eustace. Mr Stagg congratulated both candidates and said he was confident both would be elected in the seat seat Council area based on their outstanding work for the community.

Cllr Anne Breen has been an active member of the Naas Branch of the Labour Party for over 15 years, including serving as its Chairperson.

She has served on many council committees over the years and is currently Chairperson of the LTACC, working with the traveller community and is Vice-Chairperson of the Decade of Commemoration Committee helping to promote the history and heritage of Naas. She is also a member of the Joint Policing Committee.

“As a retired nurse Anne has always had a concern for the need to protect the elderly in our community,” the party said. “As Chairperson of the Naas and District Community Alert, she works with individuals and the local health authorities to secure grant aid to provide elderly people with socially monitored alarms, a great source of security and peace of mind.”

“I joined the Labour Party and became  involved in the local community to primarily help people. My philosophy had always been in putting people first,” she said.

Fergus Carpenter is a Sallins resident since 2003 and is Principal of a special school in Dublin. He has been Chairperson of Sallins Community Council for the past five years and has grown it into one of the most effective community organisations in Kildare.

Through 2015 and 2016 he led a community drive that succeeded in persuading Kildare County Council to buy 33 acres of land for community facilities. He says he “worked in special education for nearly 30 years and was 16 years as a volunteer with the Simon Community - in the shelter, on the Campaigns Group, and for three years as Chairperson of the Board of Directors.

“In my professional and voluntary work I have seen the terrible damage caused by bad political decisions. I chose the Labour Party because of its corruption-free record and its commitment to equality.

“I look forward to meeting the people of Naas, Sallins and Kill in the coming months so that they can judge for themselves if I am a person who can represent them on Kildare County Council.”