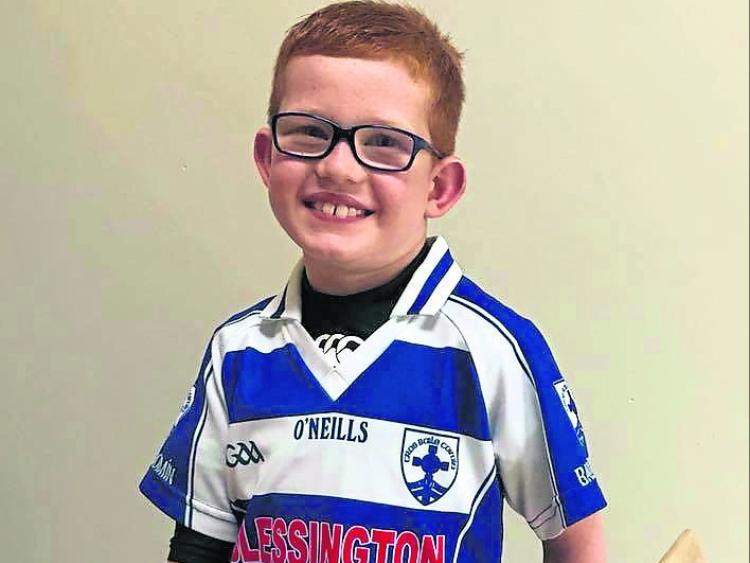 A 7-year-old boy from Blessington in Co. Wicklow has raised over €3,000 for Crumlin Children’s Hospital.

Isaac Geoghegan was diagnosed with a rare medical condition after birth and was cared for at the hospital.

He wanted to raise funds to “give back” to the staff who continually care for him.

“You need your adrenal glands at any time of stress, but you also need them if you get sick.

“If Isaac gets sick we have to triple his amount of medication. So it means keeping a very close eye on him, especially when he was very small.

“The other complicated thing about his condition is that he carries around an emergency injection, so he if he fell and had any major trauma he has approximately 10 minutes to get an injection. That’s the scary part about his condition”, said Margaret.

At 17 days old, Isaac got pneumonia and was transferred in an incubator to Temple Street.

Margaret said it was very scary because doctors didn’t know whether Isaac would make it through the transfer. He spent three nights in intensive care and three weeks in hospital.

“Ever since that then he’s been going in every three months for check-ups and get bloods done. So then when he was a year old he transferred over to Crumlin”, added Margaret,

Margaret said they have been very lucky because a lot of people with the same condition would be in hospital quite a lot more,

“He’s a tough little guy. He’s always full of beans, we said from the get go that he had this, it didn’t have him. He’d never let it hold him back, he plays hurling and rugby and all. We just make sure we have the pack with us and he just gets on with it really.”

Isaac will take part in the Mini Muckers Obstacle mud run in Punchestown on October 6 in aid of Crumlin Children’s Hospital.

“I had done the women’s marathon a few years ago for Crumlin and Isaac turned around and said ‘could I do this for my hospital’, he called it ‘my hospital’,” Margaret added.

The family set up a fundraising page on Facebook, and Margaret said it just took off.

“We thought maybe aunties, cousins and a couple of friends might throw in a fiver, maybe we might get to about €300, we started off with €200 and then by lunchtime that was met and then we just started increasing it after that so we were blown away. But I think so many people have such great things to say about Crumlin Children’s Hospital.”

SEE ALSO: REVEALED: Check out photos of the Monasterevin property Bono is planning in investing in