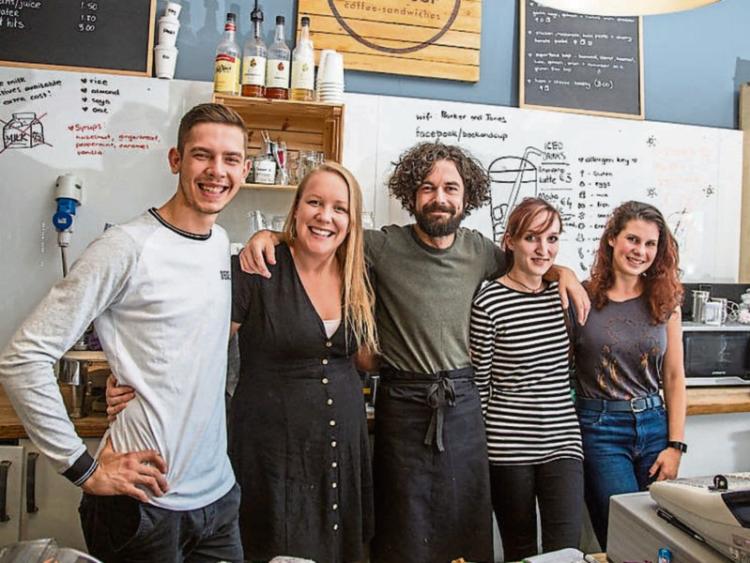 “When one duck closes, another opens,” said Amy Buckley, who has decided to close the Duck & Cup Cafe in Naas and concentrate on the Book & Cup Cafe at Barker and Jones.

“The Duck & Cup Cafe which was nestled away in the Moat Theatre for four years is closing on Friday, but its not all doom and gloom,” she said.

Amy has been accepted into a Post Graduate in Psychology and is heading back to school.

“The decision to close The Duck after four great years comes as studying and running two businesses would just not be feasible, so consolidating is the best option,” she explained.

“Duck & Cup's little sister cafe, Book & Cup which opened upstairs in Barker & Jones bookshop in December 2016 will be made even better, the team plan to extend the menu in October and see growth in the business, utilising its central location to attract more customers and offer more to the regulars.”

Read also: Disqualified driver who caused collision in Kildare was 10 times over limit

The proprietor pointed out that during its lifetime, this small business has employed 15 full and part time staff, paying almost €200,000 in wages, over €40,000 in rent and over €35,000 in overheads, not to mention tax returns, food, beverages, equipment — the list goes on.

“Supporting small local business is so important for our community,” she said.

Amy, her family and her team of lovely staff would like to thank the people of Naas and beyond for their custom in The Duck & Cup Cafe since 2014 and look forward to the next chapter.