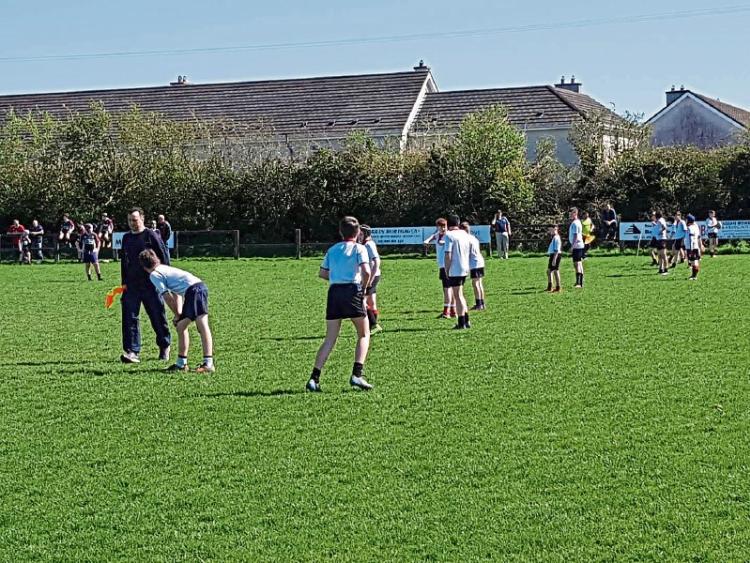 Preparing for the u/10 challenge at Clane RFC

The club started the mixed sessions on July 18 and they will run from (7.30pm to 9pm) each Wednesday until the end of this month.

John, the Youth Coordinator at the club, is one of the group which got the tax rugby going.

They have been getting around twenty five people at each session with about a third of these coming every week.

In the mixed game, three points are given when a female scores, and one, when a males scores.

John said, however, that some strict refereeing was needed during the games!

SEE ALSO: Open day for one of Clane musical and dramatic society