On the trail of the time Johnny Cash played Athy 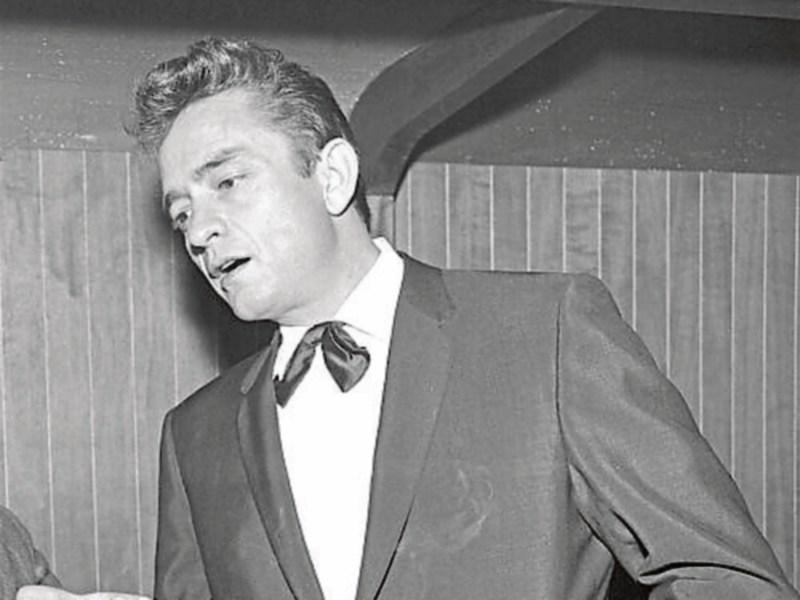 Johnny Cash at the press launch for the Tour at the Crystal Ballroom in Dublin on October 9, 1963

I’ve a big affection for Johnny Cash so when a colleague told me he was making a documentary about the musician and a gig he played in The Dreamland ballroom in Athy in 1963, he had my full attention.

The result was Johnny Cash’s Lost Tour of Ireland, which aired on RTÉ Radio 1 last weekend, produced by Tim Desmond from Cork.

The documentary charts the story of Cash’s 1963 tour of Ireland; after a lost recording of one of the tour gigs at The National Stadium, recently turned up in an old USA biscuit tin in a garden shed in Dublin.

The story is loaded with witness testimony of those who filled dance floors and met the icon, in among other places, Dublin, Dundalk, Mallow and most importantly in the context of this column, Athy.

Local man Colm Walsh featured prominently in the production, and recalled with no little mischief that the Kildare town provided the inspiration behind the Man in Black’s iconic song I Walk the Line.

“A local bandleader did tell the story that Johnny came to Athy in two big Chevrolets,” recalled Walsh, who previously managed the Irish band The Sultans of Ping. “One car broke down and the other was too big to go around it,” he continued. “So the local band leader said ‘I’ll walk you up’ and they walked down River Barrow and it was a lovely local walk known then as ‘the line’.

“And Johnny says: ‘Why is it called ‘the line?’ And he says: ‘because when two people are going out together and or they are courting, they walk the line!’

“And Johnny says: ‘Do you know what… that would make a lovely lyric for a song.’ And to this day that family would maintain how they were robbed by Johnny Cash of the few pound for the song Walk the Line. But of course the reality was that the record had been made six years previous!”

Speaking to the Leinster Leader, the documentary’s producer, Tim Desmond, explained that The Dreamland ballroom visited by Cash was then owned by the late former Taoiseach Albert Reynolds and his brother. And the man responsible for bringing Cash to Athy was a Kerry man called Bill Fuller.

“Fuller was the connection to Cash and interestingly he was the guy brought all bands in the ‘60s to Las Vegas,” said Desmond. “And reputedly, the only guy to run music in Vegas other than the Mob!”

“It was interesting to hear that some people in Athy believed the gig never took place, while so many others swear they were there.

“But it did happen.

READ ALSO: Robert Mulhern column: The stereotype of England we were raised with doesn't exist any more

“Athy was a happening place at time and a thriving town. The Reynolds’ had done a deal that Cash would play half a dozen of their venues and Sunday night was the big night in Athy; people were bussed in from 50 miles around.

“I was fascinated because the ballroom today is exactly like it was when Cash played the gig,” he added. “The stage is still there and can stand up on the same spot where Johnny Cash sang and jump up and down on the same floor where the crowd of around 1,000 stood.

“When you go into the place, The Dreamland is written in mosaic tiles on the floor and the original ticket box and original box office is still there.

The lost tour totalled 10 gigs in 12 days, as Cash and June Carter, who he would later marry, criss-crossed an Ireland they fell in love with.

At the time Cash was a world renowned star, but alcohol and drug use had put his career into something of a temporary down spin.

However, the documentary and the lost archive explains that the tour — and by extension The Dreamland in Athy — represented something of a rebirth for the artist, whose love affair with this country has always been well known, but not so much his relationship with Athy.

You can listen to Johnny Cash’s Lost Tour of Ireland on RTÉ Radio 1’s The Documentary on One website or click here.

Robert Mulhern is a freelance journalist contracted to RTÉ's The Documentary On One. You can contact him at mulhernrobert@hotmail.com