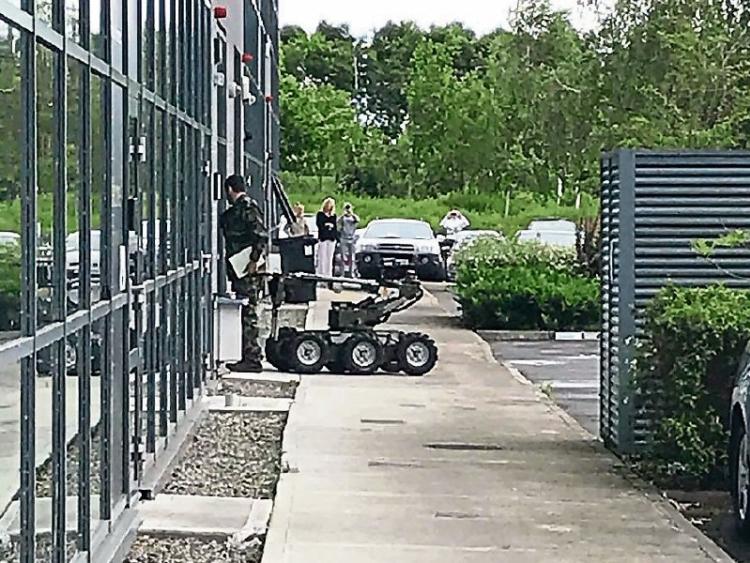 A security alert this morning at Maynooth Business Campus, a business park in North Kildare has been declared a hoax.

A spokesperson for the Defence Forces has confirmed to the Leinster Leader in the past few minutes that the incident, which required the Army’s bomb disposal unit, was a hoax

People were evacuated from the Ulster Bank building in the Business Campus once the alarm was raised earlier today.