ASK THE KILDARE DOC: Reader thunderstruck by a lifelong phobia of storms 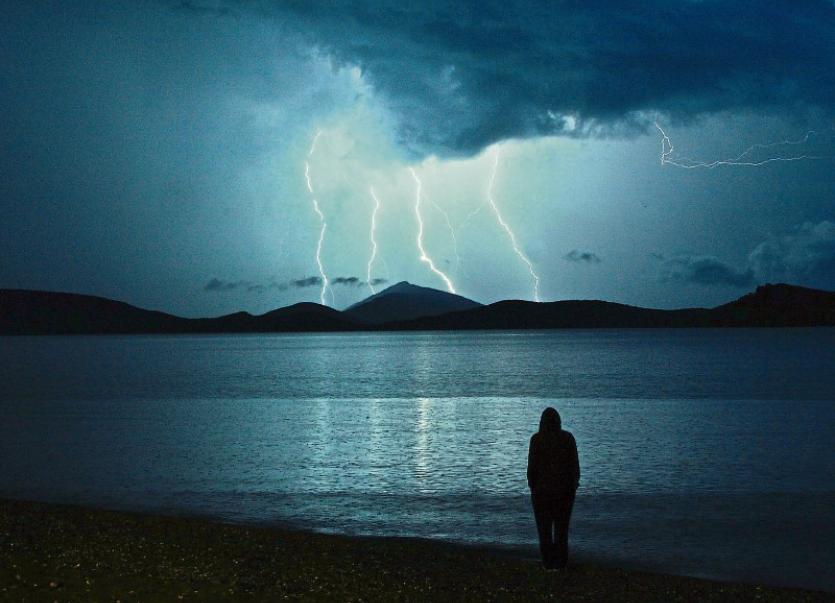 Symptoms of astraphobia include a fear of thunder and lightning, can worsen when the sufferer is alone

Anne writes: I am really hoping you can help me. I have been suffering quite badly with what I can best describe as a weather phobia for years now and I really want to find help.

However, it has become increasingly worse and has really taken over my life. It was after the birth of my first child, who is over 30 now, that it really went from a fear to what I would feel is a phobia. I have two adult children and my phobia has been a part of their lives, unfortunately. I cannot control it and I will not go places because of it.

I would constantly listen to the weather forecast and at first mention of thunder or thundery showers, I am in real fear. Sometimes a truck will pass by and the noise will terrify me because I think it is thunder. I don't want to be in the house on my own and I don't want to be outdoors if it does happen. I would not even be able to go to or from the car to the door if I felt it was nearby. I don't want to go on holiday as I am afraid that there will be a storm while I am on a flight or that I will get caught outdoors in a storm.

If there is any mention of thunder in the forecast, then I have to think how I am going to get to and from work etc.

If it happens while I am driving I am terrified. I worry about keeping other people safe from it too, even though neither my husband nor children fear it. I always told them from when they could understand that this was my irrational fear and did not mean there was real danger, but I am sure I have been a poor role model. I would have a fear of loud noises in general, but don't know which is chicken or which is the egg at this point. I would feel my heart is going to stop with fright if there was a loud bang from balloons etc, and am terrified of gas for the same reason.

The weather forecast rules my life and I live in terror if there is any mention of it.

Every time there is a heavy downpour of rain I am terrified. I am very ashamed of my irrational fear but eventually, after years I mentioned it to my GP but she only said that they cannot recommend any particular therapies? Money is not plentiful so I would need to be fairly sure that I am trying something that might help and that would not be prohibitively expensive. I really want to finally tackle this and start to live a more normal life.

Dr Eddie responds: Anne, my heart goes out to you. First you are not alone and not the first person I have met with this type of specific phobia, known as astrophobia. I can feel the distress in your email. What makes it a phobia and not just fear is that you have:

l Immediate Anxiety Response: Your fear reaction is out of proportion to the actual danger and appears almost instantaneously when presented with thunder.

l You recognise your fear as irrational.

l Avoidance or Extreme Distress: You go out of your way to avoid the situation

l Quality of Life Limiting: The phobia significantly impacts the your work and personal life.

When you are triggered by a weather forecast or actual weather your body goes into fight/flight/ freeze mode as it releases massive amounts adrenaline. This can lead to trembling, nausea, increased heart rate, sweating and panic reactions.

In astraphobia you seek reassurance from other people, and symptoms can worsen when alone. Many people who have astraphobia will look for extra shelter from the storm. They might hide underneath a bed, under the covers, or any other space where they feel safer.

Most likely you learned this from your mother as you were put under a blanket. Another patient of mine with the phobia had a grandmother who put her under a banket, and made everyone say the rosary, until the thunder passed.

You could ask your GP to refer you to the psychologist in your local community mental health team where the treatment is free.

The evidenced-based treatment approach is Cognitive Behavioural therapy, with a big focus on replacing the feared reaction with a relaxation response (controlled breathing exercises, mental visualisation soothing self-talk such as“this will pass, I can get through this, my body is responding to adrenaline...” using a technique called graded exposure.

The real difficulty in Ireland is actually getting enough thunder storms to enable this to happen!

Imagine the steps of a ladder — this is the top.

Actively think about thunderstorms excessively, to the point that fear is present, then engage in controlled breathing exercises, mental visualisation and soothing self-talk.

Look at photos of thunderstorms, to the point that fear is present, then engage in controlled breathing exercises, mental visualisation and soothing self-talk.

Play thunder sounds at home, and in the car while travelling further and further distance from home, to the point that fear is present, then engage in controlled breathing exercises, mental visualisation and soothing self-talk.

Watch movies / YouTube clips of thunder and lightning to the point that fear is present, then engage in controlled breathing exercises, mental visualisation and soothing self-talk.

Sit in care in weather where there is a chance of thunder, with someone beside you, and use your new breathing and thinking tools

Get out in weather where there is a chance of thunder, with someone beside you, and use your new breathing and thinking tools.

Get out in weather where there is thunder, with someone beside you, and use your new breathing and thinking tools. Stay there a long time.Your anxiety will come down.

Take a flight to a country, eg, Southern France, where there is a high likelihood of thunder in the evening.