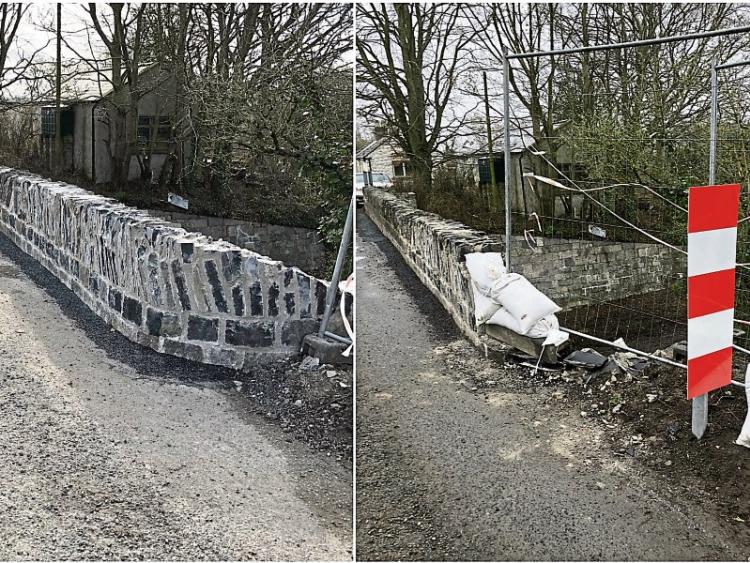 The the repaired bridge on the left, and fresh damage, visible on the right.

Latest pictures reveal that the bridge wall repaired only weeks ago was hit by a car – closing the road from Digby Bridge to Osberstown only days after it reopened.

Last January a section of wall on a bridge adjacent to the Leinster Aqueduct fell away into a ravine making the road unsafe. The road was closed for several months for repair until it reopened a little more than a week ago. 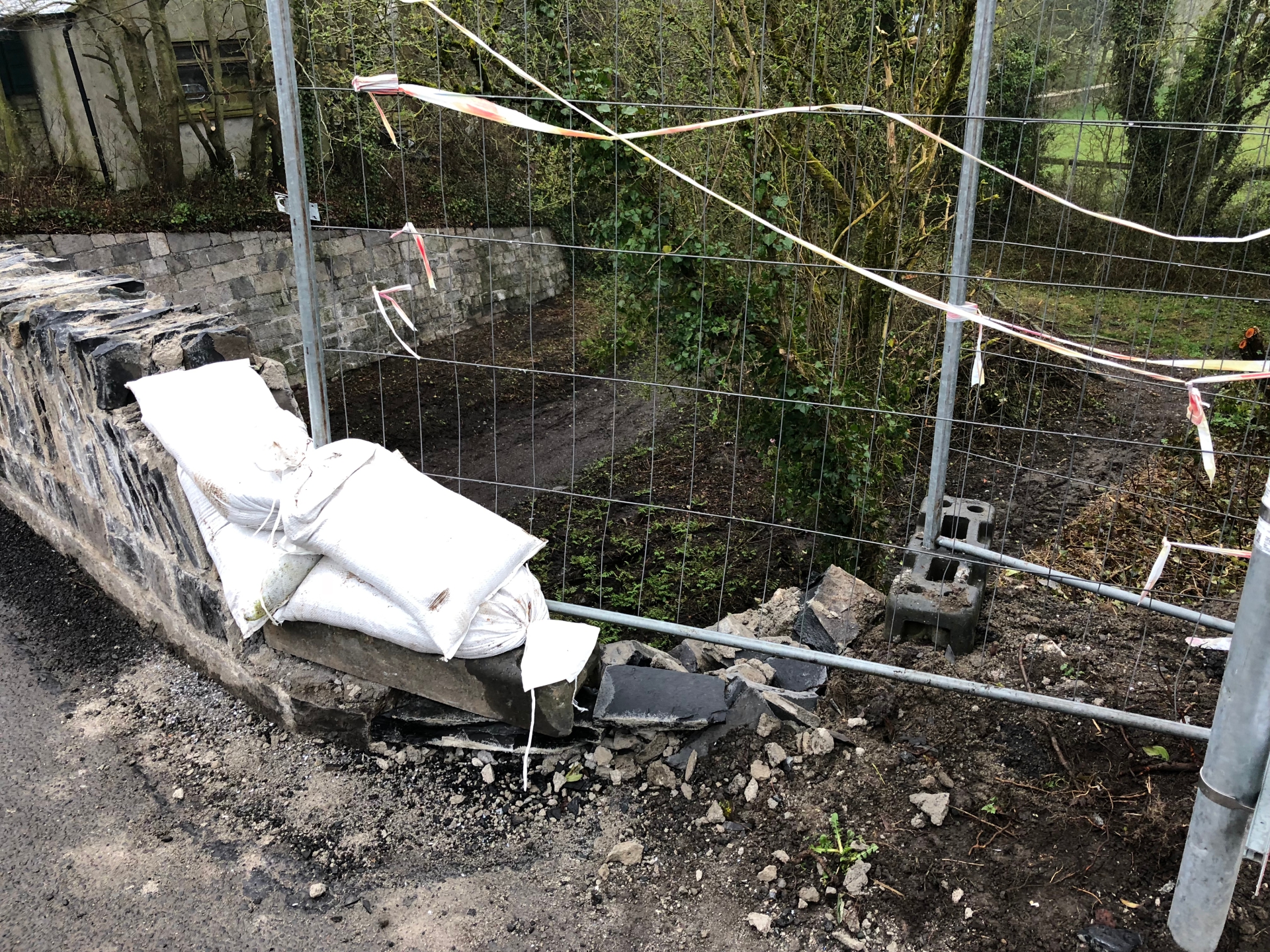 However, in recent days the repair wall was struck by a vehicle. Kildare County Council informed Waterways Ireland, which is responsible for the structure, and the road was re-closed again.

A statement from the County Council gave no indication of how long it would be closed on this occasion, except that it would be “until further notice”. 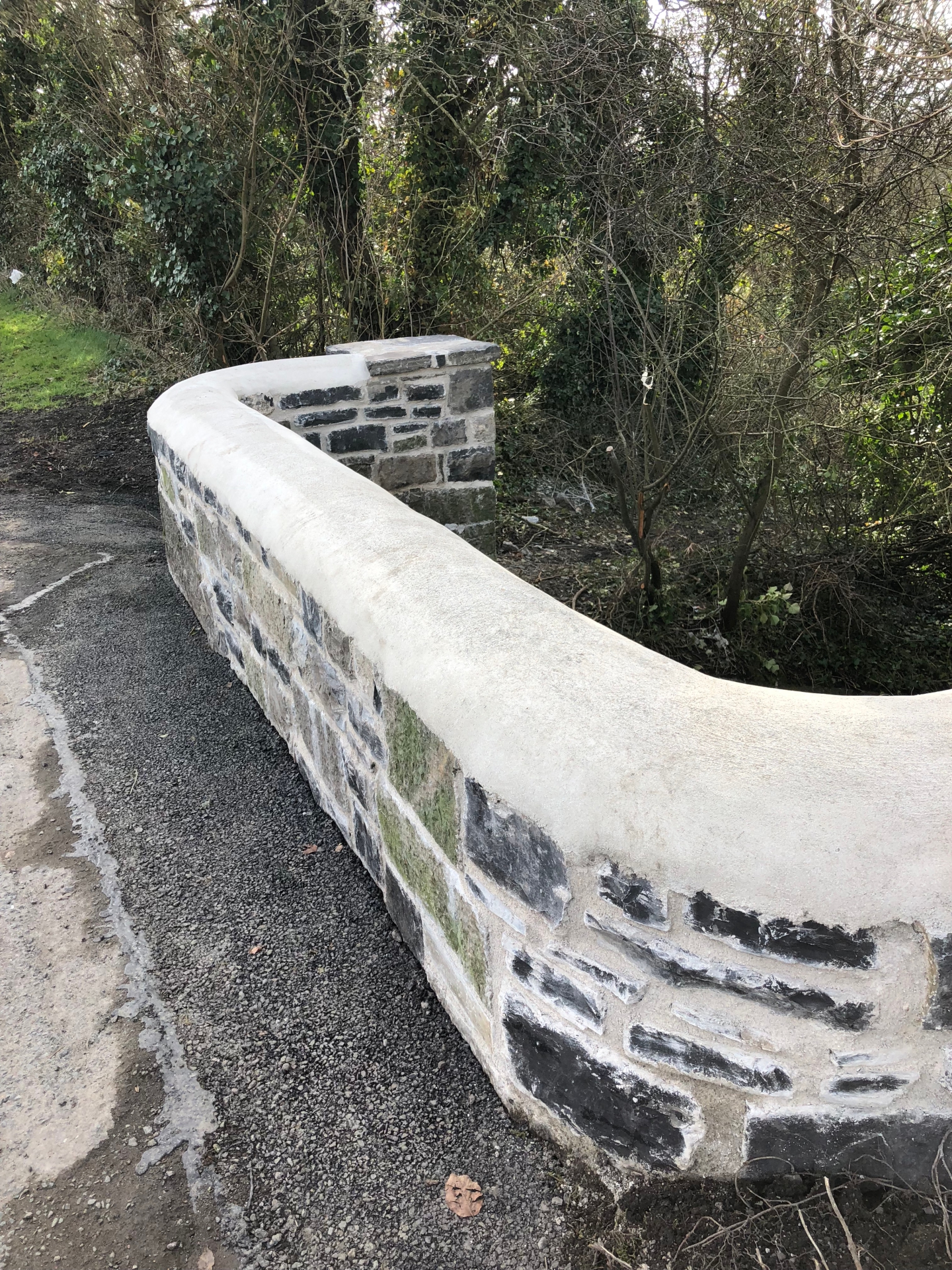 A section of wall near the Aqueduct, completed as part of the repair project.

As well as repairing the wall of the bridge, a 3.5 tonne limit was placed on the road, and warning signs were placed on the approach to the narrow section of road that goes over the Aqueduct.

The Aqueduct, carrying the Grand Canal over the River Liffey was constructed in 1784 as part of works to extend the canal out as far Robertstown.