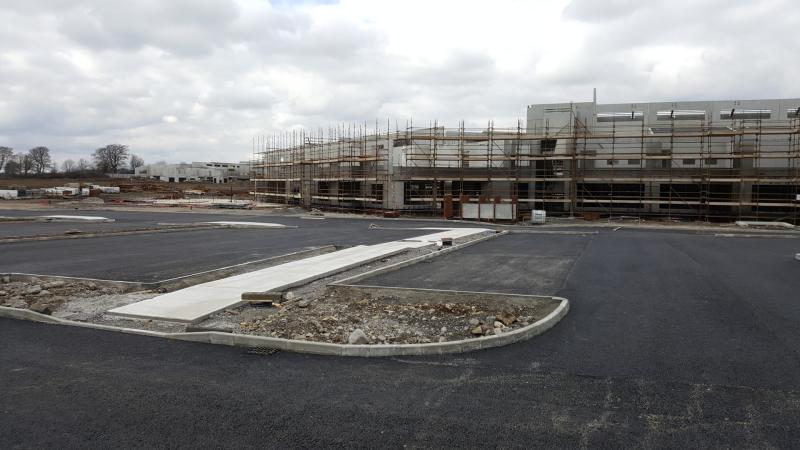 A Kildare based construction company that is responsible for completing the Maynooth Educational Campus has been forced into examinership following the collapse of a major builder in the UK.

An interim examiner has been appointed by the High Court to Kidare company Sammon Group. The construction company has the contract for the construction of Maynooth VEC school and Maynooth Community School.

On July 10 2017 Minister Richard Bruton visited the site for the official sod turning ceremony a €30m project which is the single largest school infrastructural project funded by the State to date.

The project is being delivered on the Department’s behalf by the Kildare and Wicklow Education and Training Board. The modern, state of the art campus will comprise two post-primary schools catering for 1,000 pupils each and a standalone sports hall, to be shared between the schools.  It was scheduled for delivery in January 2019.

However, the Sammon Group has run into financial problems as a result of the collapse of Carillion in the UK.

Sammon is building six schools and colleges here under a Public Private Partnership between the state and UK company Carillion which collapsed in January.

Sammon was subcontracted to build the five schools and a further education building on behalf of a joint venture between Carillion and the Dutch Fund.

The projects stopped after Carillion collapsed. A retendering process to complete them is now underway.

RTÉ News reports that subcontractors who were involved in the school building projects impacted and who are owed significant sums by Sammon.

The company says it is regrettable that they have had to seek an examinership, but is hopes to provide a framework that will allow it to survive.

In response to the news, Dep Bernard Durkan said the examinership presents an opportunity.

"The recent news that the Sammon Contracting Group has applied for and been granted examinership in the Courts is a disappointment to all involved in the Maynooth Education Campus Project. However, on the positive side, this means that the group has up to one hundred days to demonstrate both it's viability and ability to complete all outstanding projects including the Maynooth Education Campus, which is a crucial requirement in the Maynooth area" said the Kildare North TD.

He stressed this will now allow time and space for the necessary negotiations to take place between all the stakeholders with the highest possible emphasis on the need to complete the contracts in hand.

"It is now most important for all concerned to make the best possible use of the time afforded through the examinership process in order to coordinate the efforts of all concerned and to use the next three months wisely to bring about a satisfactory conclusion," he added.