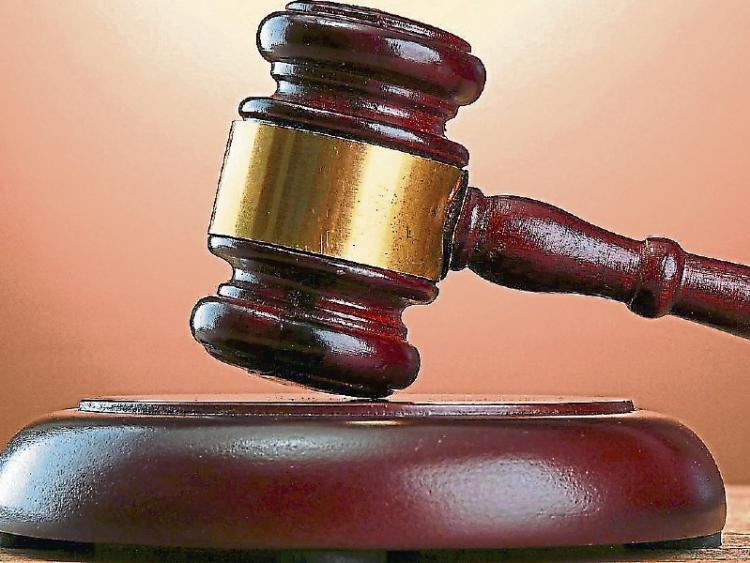 Two men were sentenced in connection with the case today

Two men have been sentenced at the Special Criminal Court for their roles in a "mob" that had been recruited to intimidate a man and force him and his family to leave their home.

Declan Duffy (44) was jailed for six years and Christopher Maguire (39) was given a three year suspended sentence for falsely imprisoning Martin Byrne in Rathcoole/Saggart, County Dublin on June 9, 2015.

Both men had pleaded guilty to the offence.

Maguire, of Dun Emer Place in Lusk, had also pleaded guilty to falsely imprisoning Lisa Byrne in same place on the same date.

Mr Justice Tony Hunt, presiding at the three-judge court, said today, Monday, that the offences happened after a mob had been recruited to intimidate Mr Byrne and force him to leave his home.

Mr Byrne had been employed by a man in Citywest in Dublin as a security guard. When his employer passed away, the son took over the business. The court heard that the new employer was Jim Mansfield Jnr.

At the time, Mr Byrne and his family were living in an apartment in the Towers, on a site owned by his new employer, and in May 2015, the employer asked Mr Byrne to accompany him to premises in Keatings Business Park, Saggart, where they met two men at a unit there. One of them was Declan Duffy.

The men spoke about one of his employer's properties and the meeting ended. Mr Byrne later described to gardai a "significant deterioration" in the relationship with his employer after that.

On June 9, however, he met with his employer and agreed one final time to have a meeting the following day. He was under the impression they were to meet the same people as on the previous occasion and on the morning of June 9, they drove to Keatings Business Park.

Mr Byrne noticed other vehicles parked there, which concerned him, and he had a feeling that something "out of the ordinary" was happening. The employer led Mr Byrne into a unit in the business park.

The two men from the previous meeting, but also a number of other men, were there.

The employer left and the men, seven in total, stood around Mr Byrne, telling him he was going to have to leave his home at Towers complex "that very day" and that his wife and family would have to leave with him.

He was put into the back of a car and taken to the Towers.

At the gates, John Roche came out and spoke with some of the seven men, including Duffy. Mr Roche refused to open the gate and walked away. Mr Byrne was told that if he did not grant access to the complex his life was in danger.

He told the driver to drive up slowly and the gate would open. The three vehicles, two vans and a car, drove onto the grounds.

Mr Byrne was forced to go into his house by Duffy and other men. His wife and son were there. His wife was told to leave.

While some of the men remained in Mr Byrne's house, others went to Mr Roche's, pulling him outside onto the path and assaulting him.

Mr Byrne was brought into Mr Roche's apartment, his wife and son having seen him being taken away. He was assaulted, receiving a cut to one of his ears, and told to immediately leave his home.

The court heard that a member of the public, having witnessed the assault on Mr Roche, had called 999. A garda called to Mr Roche's. Mr Byrne was told to go outside and try to get rid of the garda.

The victim and the garda knew one another, however, and garda could see that Mr Byrne was bleeding and knew that something was going on. When other gardai arrived on the scene, the gang, except for Maguire, tried to disperse, running out the back door. Some were later arrested in a nearby hotel.

Duffy was arrested the following December while Maguire presented himself to gardai.

Mr Justice Hunt said that when the mob was recruited it had been envisaged the offences would take place in a family home. He also said that one of the victims was a child.

It was decided by somebody that violence and force and fear would supplant the legal process, the judge said.

He was also convicted of murder in 2010 at Stafford Crown Court in England and sentenced to life in prison, with a minimum of 24 years.

Sentencing Duffy, Mr Justice Hunt said that mitigating factors were that he did not play a leading role in the activities of the mob and was not disguised or carrying a weapon.

Duffy was sentenced to six years in prison for the false imprisonment offence and two years, to run concurrently, for the assault.

Sentencing Maguire, the judge said that he had played no part in the run-up to the offences, was not present during assault of Mr Roche and was on the fringe of activities on the day.

He was given a three-year suspended sentence.