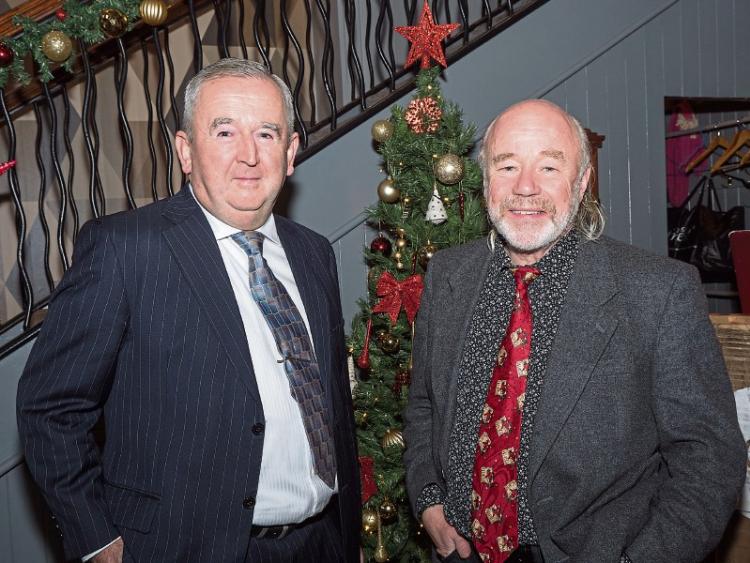 Tributes were paid to popular and long-serving Garda Inspector Patsy Glennon, who on Wednesday, December 20, appeared in Naas court for his last day as a member of An Garda Siochana.

From Hollywood, Co Wicklow, Inspector Glennon served in both Ballymore Eustace and Naas.

In more recent years he would have been better known for prosecuting on behalf of the State at the Wednesday sittings of Naas District Court.

Solicitor Tony Hanahoe said Inspector Glennon would be sorely missed, that he was always a gentleman “and a man you could do a deal with”.

“He looked to the good in people,” the veteran solicitor noted.

Inspector Oliver Henry also paid tribute to his soon to depart colleague, saying that he had been a great friend and had offered great help and advice. State Solicitor Geraldine Gillece said that after she got to know him, she always looked forward to working with Inspector Glennon.

“He has become and will always a remain a friend,” she added.

Barrister Sarah Connolly said that in her six years appearing at Naas District Court, he had been very easy to work with, a sentiment echoed by the Probation Services Martia Costigan.

Judge Desmond Zaidan praised him for, among other things, his adherence to his strong faith.

Inspector Glennon will likely appear in court again shortly once he passes his exams in Kings Inns and is called to the Bar.