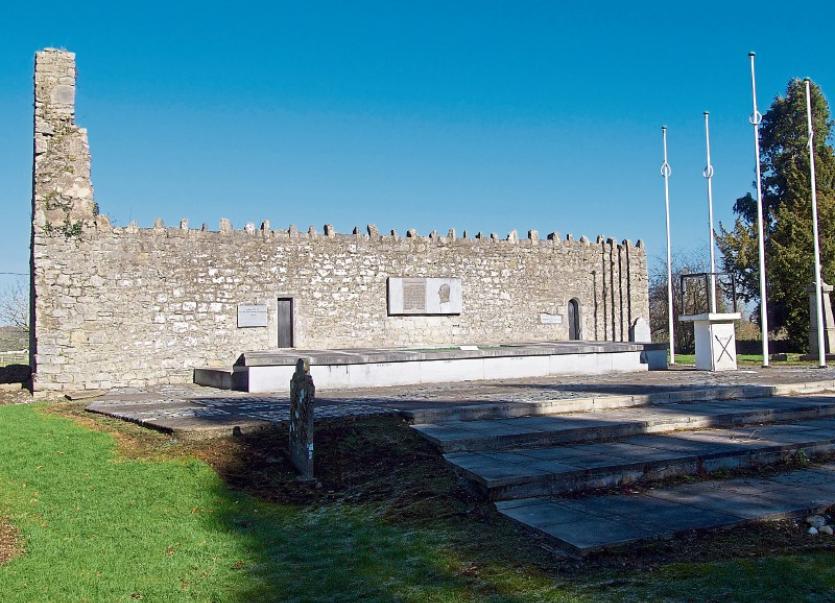 The historic Bodenstown Cemetery, where Wolfe Tone was laid to rest, is virtually unknown to our columnist

There’s a Turkish guy who runs a cafe around the corner from me.

Sometimes, when I go in, he’ll seek out something to do with Turkish history on his phone and shove it in my face.

I don’t understand the context but apparently some fella from his home town almost single handedly brought down the Coup that almost upended the Turkish government in 2016, and then the rebels shot him.

One day he says he’ll visit this grave of great national importance.

“My dream,” he declares loudly.

I started trying to think of a comparison from Kildare, though I didn’t dare tell him about Wolfe Tone and Bodenstown because he might then wonder why I’ve never troubled myself to visited his grave.

And then I might confuse him altogether by saying the resting place of this hugely significant national figure, is treated with well, very little significance, locally.

We were never brought there when we were in school, I’d explain, and I’ve only ever sped past Wolfe Tone’s final resting place when I was late for my tee-off time in Bodenstown Golf Club.

“Golf isn’t big in Turkey,” he’d almost certainly say and he’d already embarrassed me during the 1916 Rising celebrations when, the morning after the centenary was reported on the BBC, he demanded to know if there was anyone from where I was from in Ireland involved?

“Erm, a fellah by the name John Devoy,” I answered. “He played a big role!”

I had to bluff and, later, retreat to Google to find out.

In fairness, there’s a statue to him in Naas now, and nothing brings history to life like something you can see and touch.

Only we’ve been doing a decent job in getting rid of plenty of that.

God knows what his impression would be if I told him we were in the process of excavating what amounted to a national monument in a place called Allen, where a historic hill with the tower atop of it was once the seat of one of Ireland’s best known warriors.

And he might cower behind the counter if I told him we’d allowed a potential national park, steeped in history and called the Curragh, to become overrun with rubbish.

Or that the depths of our imagination was being shown-up by the Norwegians, who are using the image of a great Irish explorer called Tom Crean on the tail-fin of their national airline.

When, back in Kildare, the story of a man he’d explored with, called Ernest Shackleton, was still struggling despite noble efforts to reach the same lofty altitude.

Often, I think myself adequately versed in Irish history but when it comes to local history I’ve a sketchy scorecard.

But my experience of local history is a knowledge bank we were never taught, a heritage poorly promoted overall and shamefully exploited, in respect of the Curragh and the Hill of Allen.

Thankfully, gratefully, mercifully, I can now tell the Turkish cafe-owner that all that is going to change; how I gasped with relief when I read in the local paper only this week that Kildare County Council were taking submissions for something called a county-wide culture and creative strategy.

He won’t understand this and I’ll explain that I had to look it up what it meant too, but that it means promoting local historical sites of importance, among other things.

Personally, I’m offended by that on a number of levels.

Because calling on Kildare people to submit ideas to promote our cultural heritage, when at the same time that same council is standing by while digger load after digger load is being dug out of the Hill of Allen; while surrendering the Curragh to hand-brake turn enthusiasts and fly tippers; while wilfully neglecting under-utilised castles likes Jigginstown on the Newbridge Road, is almost comedic.

I’ve no doubt good and worthwhile ideas will come out of this ‘process’.

But then I’m very familiar with processes getting bogged down in bureaucracy and it’s akin to the Egyptian government looking for heritage ideas from the public because they’re forgotten to focus on the pyramids and the Sphinx.

And then there’s the money.

I don’t know how much it costs to create these strategies, but any money spent trying to crack a code that’s opportunities are hiding in plain sight, is a Euro too much.

I don’t need a ‘think-tank’ to tell me that we’ve yet to play some of our trump cards.

Or the conclusion of some publication consultation group paid to identify where the biggest opportunities lie.

My Turkish café owner won’t know our history well, but I’m certain we’ll make an understanding on that.

Robert Mulhern is a journalist contracted to RTE's The Documentary on One. To contact our columnist, email mulhernrobert@hotmail.com