Our man in London, Robert Mulhern recalls "The days that Lilies remember"

The glory days of Kildare sport 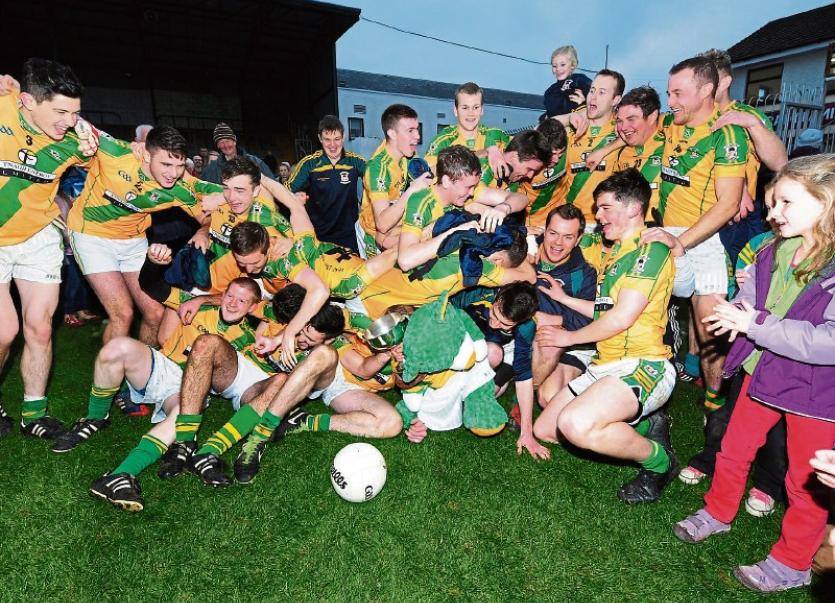 Reading Tommy Callaghan’s column on 50-years of service in the Leinster Leader recently, I started wondering long before the finish what Tommy’s standout sporting memories from his time covering sports in Kildare and people in sports from Kildare, are.

I’d barely lay a scratch on Tommy’s knowledge of locally-made sporting memories but I sent him this short highlights list — of memories in date order — hoping he’d write-up and publish *the defining* list by way of reply.

The fact that many of the players who beat Dublin 0-13 to 2-5 in Croke Park that year were students in Naas CBS made this particular team, featuring, Jarlath Gilroy and Johnny McDonald among a host of notable players, a constant reference every promising Naas GAA team was measured against.

I remember some talk about the place that Dermot Weld was going to attempt something never before done in horse racing and fly Vintage Crop thousands of miles from his Curragh base to Australia to try and win the Melbourne Cup.

It sounded impossible until we awoke one school morning and watched the highlights of the final winning furlong in Flemington, and Dermot Weld shaking hands with everyone.

Then he struck out from the Curragh again nine years later in 2002 to win it again with Media Puzzle.

Even more profound than the final win over Enniscorthy in Kilkenny, Naas’ epic semi-final success over great rivals Carlow in Rosetown was a victory so dramatic it’s often remembered before the trophy contest itself.

That first ever success in the competition is marked in my memory by players like Ross Murphy, Dave Nevin, Donal Walsh and Mark Cuddihy.

This list could be filled with nothing but Kildare entries from Leinster final successes in 1998 and 2000, to the All Ireland defeat to Galway in '98 and that unforgettable semi-final against Down in 2011.

He’d only left Naas RFC a couple of months before, but Geordan Murphy didn’t take long to make an impression at Leicester Tigers, kicking an unbelievable drop goal from close to the half-way line in a competition known as the Anglo Celt Cup.

It didn’t seem so long since Ruby Walsh was in school in Rathcoole and living in Kill, but the village feted him and his father Ted, when they returned from Liverpool after their remarkable win with Papillon in Aintree.

Like Kildare footballers, Ruby could fill an entire list of great moments on his own, from the follow up Aintree National win on Hedgehunter in 2005 to any number of successes on the Paul Nicholls' trained Kauto Star.

It feels somewhat surreal now to imagine names like Tiger Woods and Phil Mickelson playing a Europe team headlined by Padraig Harrington and Darren Clarke in fields out the back ot Straffan.

It must have been the biggest international sporting event ever to come to the county, unless you want to stretch the boundaries and include the start of the 1998 Tour De France in Hollywood, County Wicklow way.

Niall Madden was younger than me and grew up around the corner in Naas. I only really remember him walking to school and his father being involved with horses.

Then Niall turns up on his debut ride in the world’s greatest steeplechase at Aintree and wins the English Grand National by six lengths on Numbersixvalverde. I can still see him standing up out of the saddle to celebrate when crossing the line.

It still feels like an improbable rise from a bit part role in too many Kildare football championships, to kingpins of their grade on the island.

I know lots of people in the House and the updates into London that campaign were regular and joyful.