Defendant flourished and thrived on structure in prison 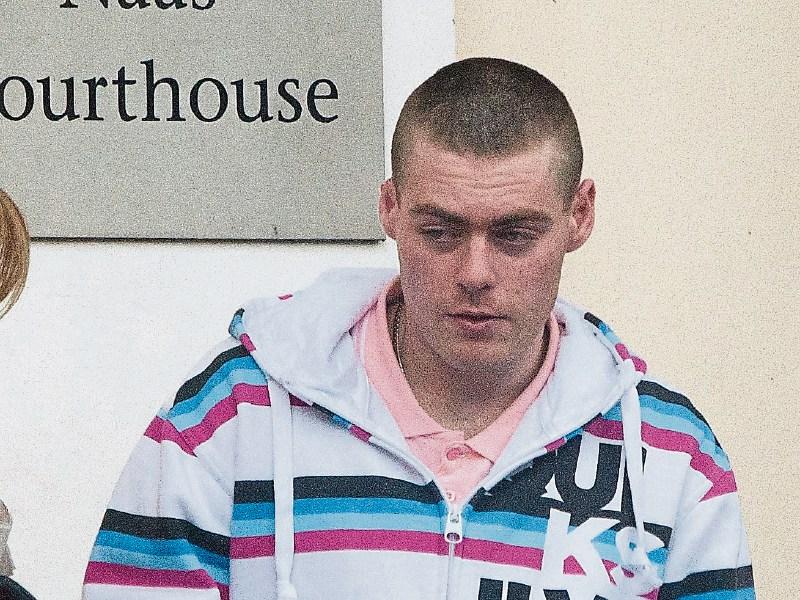 Brendan Higginbottom has been sentenced to three years in prison, with the final year suspended at the Circuit Court in Naas on Friday morning, March 31.

Mr Higginbottom, with an address listed in court documents as being on the Dublin Road, Kildare (although his last-known address was at Claregate Street, Kildare Town) had pleaded guilty in the Circuit Court to charges of theft and robbery in Kildare town.

Judge Terry O’Sullivan heard evidence that on March 19, 2016 the defendant had entered the Carry Out off licence in Kildare Town wearing what appeared to be a multicoloured home made balaclava and wielding a knife and a telescopic baton.

He was aggressive and roared at two staff members to give him the money from the till.

One of the staff members picked up a piece of metal and the defendant threatened him “if you swing at me I’ll swing at you”.

The defendant made good his escape in a waiting car with €495.

Another person has been charged in relation to the waiting car.

Both of the young men in the off licence provided victim impact statements to the effect the incident had shocked them, especially in the days afterwards.

One of them said that he had had a few sleepless nights as result of it.

The other said that it had affected his work methods, where he tended to stay closer at all times to the counter - and that he found himself being wary of people wearing hoodies.

Mr Higginbottom was also charged with, and pleaded guilty to theft, at a date unknown between January 27 and 28, 2016 of an ipod mini and a pair of headphones at a house in Ruanbeg Park, Ruanbeg Manor, Kildare town.

Garda Paul Feeley gave evidence that when the defendant was arrested and interviewed, he admitted to the offences.

He added that he “regretted it” and was sorry for it.

The defendant had six previous convictions, including three for theft and one for stolen property.

His barrister Carl Hanahoe explained that his client was the subject of a vicious and gruesome assault in the past.

As reported by the Leinster Leader, Mr Higginbottom had had a piece of his right ear cut off and was made to eat it.

Mr Hanahoe explained that the defendant’s mother had died in recent years and that he has lived with his father for some time. However, that arrangement didn’t work out and he had spent some time being homeless.

Garda Feely said that he knew of the defendant for the past 10 years, and agreed with Mr Hanahoe that Mr Higginbottom is a long term heroin addict.

He said he knew of the defendant’s father, whom he described as “as serving member of the defence forces”.

“He is proud to have a number of siblings who are in secondary school,” Mr Hanahoe told the court.

He explained that his client believed that the last time he was in prison he “flourished” and “thrived on the structure”.

He said that he did a lot of courses that were available to him and that he managed to ween himself off drugs.

He described it as tragic that once he had emerged from prison that he had come in contact with drugs once again.

Mr Hanahoe and Judge O’Sullivan had a lengthy discussion in which they both bemoaned the fact that former prisoners are not subject to any sort of support or supervision once they leave prison and that judges are not in a position to order any post-release supervision unless that release is as a result of a portion of the sentence being suspended.

The Judge agreed with counsel’s suggestion that Mr Higginbottom would benefit from that.

“He’s asked me to hand in a letter to you,” counsel said, noting that “it has remarkable good handwriting”.

And he admitted: “There’s no doubting where he’ll be spending tonight.”

He noted the intimidatory nature of the incident and the effect it had had on the staff of the off licence.

He also had to take into account the use of a knife.

On the other hand he noted the defendant’s addiction problem, the lack of post-release supervision in the past and that effect that had had on him.

He decided to sentence him to three years and suspend the final year.

He ordered that the probation service engage with the defendant and that he not engage with any controlled drugs during the time of the suspended part of the sentence.

For the theft of the ipad and headphones he imposed an 18 month sentence to run concurrently.