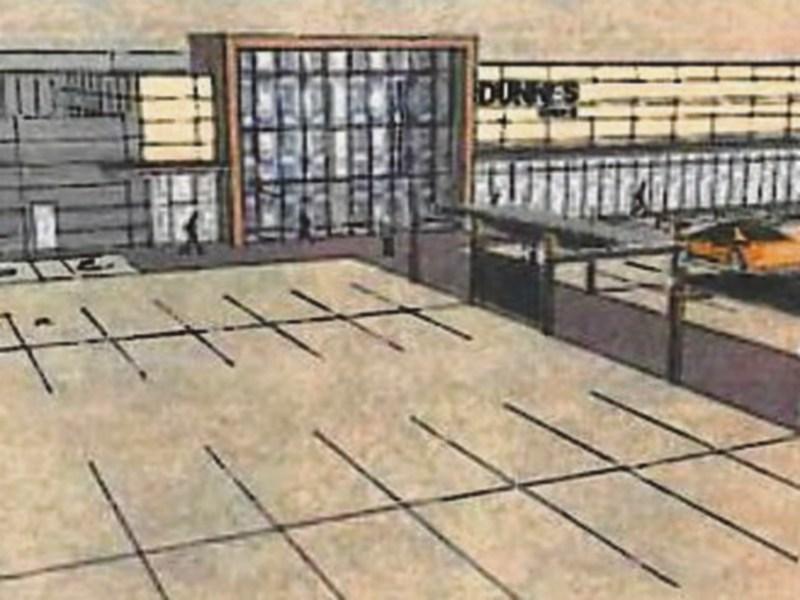 An artist's impression of what the new Dunnes Stores entrance will look like, see also below

Newbridge Shopping Centre, which contains Dunnes Stores, is on target to get a massive facelift.

The plans, which were lodged before Christmas, reveal Castlebrook Investments’ intention to demolish part of the existing shopping mall to make way for a new extension.

If the plans get the go ahead, nine units to the right hand side of the building will be demolished as well as the restaurant.

The remaining units on the left hand side of the building will be renovated to incorporate four new shop units and an upgraded toilet block.

The plans will allow for a the textile and grocery areas to expand.

A new entrance is proposed at the centre of the front facade.

A decision is due on February 23 while submissions can be made up to February 2. The developers said the overall aim is to develop and modernise the existing shopping centre.

There have been no submissions on the planning file to date.

The company previously got planning permission in August 2015 to carry out a similar plan, but has since reconfigured the layout and lodged another planning application.