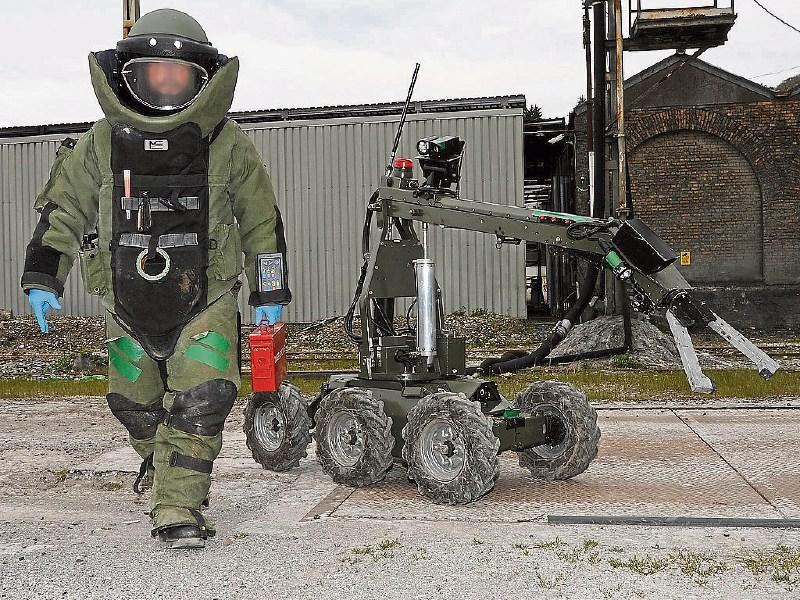 An Army Bomb Disposal Team made safe a suspect device in a rural area near Monasterevin, today, Friday January 6 at 1.20pm.

The Defence Forces deployed the Army Bomb Disposal Team on request from An Garda Síochána.

A cordon was established in the surrounding area and a number of houses were evacuated to ensure the safety of the residents.

The Army Bomb Disposal Team arrived at 1.20pm and conducted an examination of the suspect device.

The scene was declared safe at 2.25pm.

Material of an evidential nature will be handed over to An Garda Síochána.

Press Officer Captain Ciara Ni Ruairc said that she could not currently give the name of the exact townland, “however it was just outside of the town of Monasterevin.”