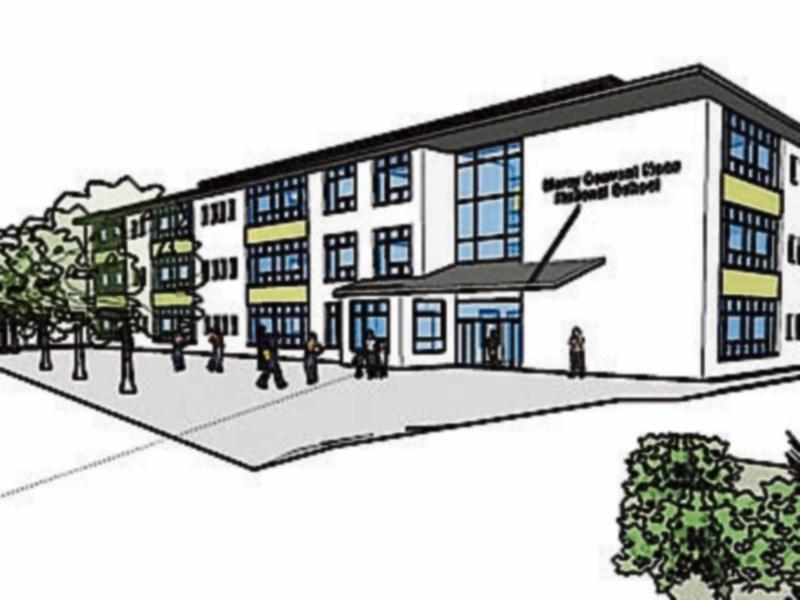 How the new school will look

Construction work on a major extension to the Mercy Convent Primary School in Naas is likely to start by the end of March.

The project will effectively create a new school.

Former Labour TD, and now party representative in Kildare North, Emmet Stagg, said he had contacted the Minister for Education, who said the project was recently retendered and a tender report is awaited from the school and their design team.

The Minister advised that if no issues arise, it is proposed that the work will start during the first quarter of 2017.

It is estimated that the construction work will take two years to complete.

The original planning application for the reconstruction of the school was made more than three years ago and was approved in January 2014.

The school's Board of Management sought permission for the demolition of the existing school, built in 1974, and the removal of all existing temporary buildings.

The application also envisaged an access road across the playing fields of the neighbouring St Mary's College to facilitate the construction of a temporary two-storey, 22-classroom school on the primary school playing pitch. The application for a new school is for a three-storey, 32-classroom primary school with a 50-space car park, three ball courts and two junior play areas.

The school has about 800 pupils and 40 teachers working there.

Although some school buildings date back to 1974, part of the school was built in 1900. It is a feeder school for the all-girls St Mary's College.