Mass to be offered 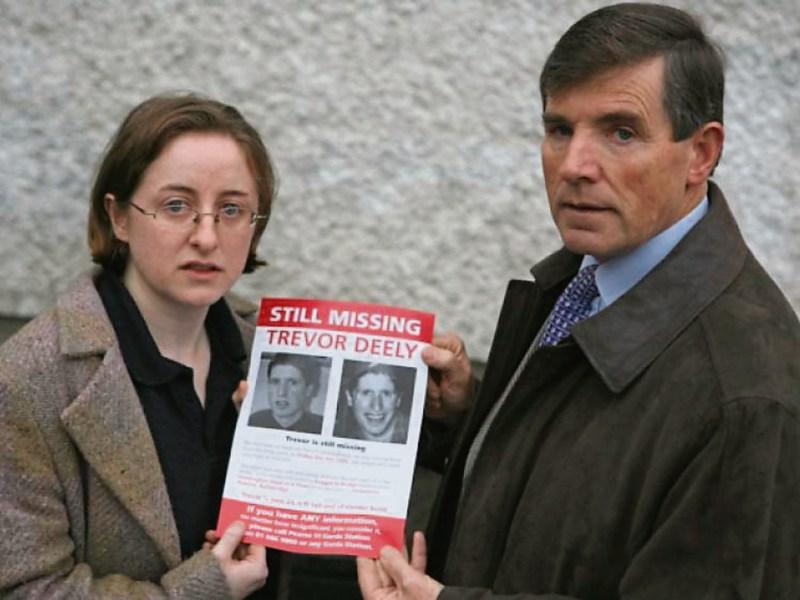 ”It is very hard - people tell you it gets easier with time but it doesn't there is just more pressure.”

These are words of Mick Deely, talking ahead of the 16th anniversary since his son Trevor went missing on a Christmas night out in Dublin.

Trevor disappeared while walking home from a Christmas party in Dublin in the early hours of December 8, 2000. His movements in the hours before he disappeared have been well documented. When last seen at 4:15 am, he was walking down Haddington Road, close to Baggot street Bridge. Earlier that night, he had been socialising with colleagues from the Asset Management Department of Bank of Ireland.

He went back to his office where he checked his e-mail and picked up a blue ACC golf umbrella. It was a stormy night and he left the office at 4am. Trevor Deely was last seen on CCTV walking down Haddington Road at 4.15 am.

“We are having the annual prayer service in Ballycane Church on Thursday, December 8 this year at 8pm,” he said.

“It is on the actual day he disappeared this year. We have to keep looking for Trevor and keep his profile out there. A new garda team have been working on the case and there have been lots of calls but nothing definite. People keep ringing and it is good from the point of view of keeping an awareness up. If there are any lose ends then we can tie them up. That's all we know.”