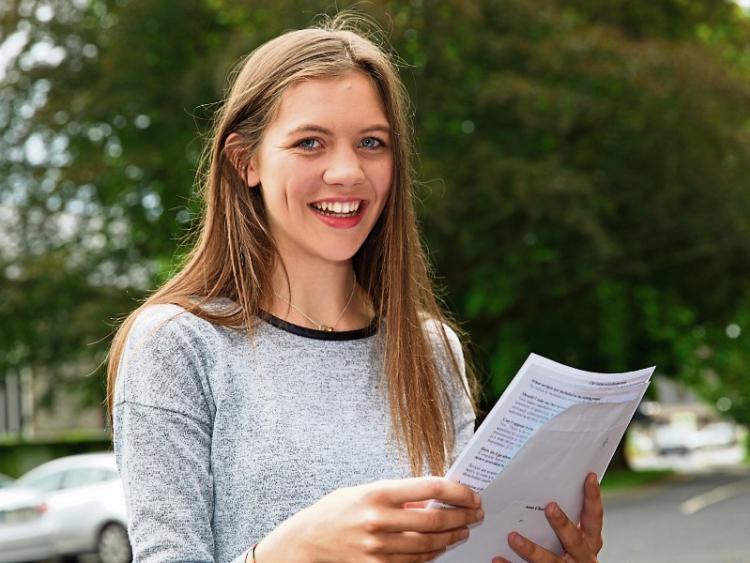 Students across County Kildare have broadly welcomed the Leaving Certificate results which were released this morning.

A number of schools contacted during the day said that the students had few serious complaints about the results.

Nationally 55,000 students sat the examination in June and the results indicated that some 4,000 failed the Maths exam.

And while some students used the time honoured route of going to the school for what was probably the last time to get their results, others opted to receive the news via the internet.

At least four students in Naas amassed a minimum of 600 points, including Anna Cleary (above) who got six A1s.

See next week's Leinster Leader for photos and coverage