Sky Sports and the Kildare match — the week that might have been...

Robert Mulhern takes a satirical look at the controversy caused by Kildare’s stand against the GAA... and imagines how it might have played out in the Sky Sports offices 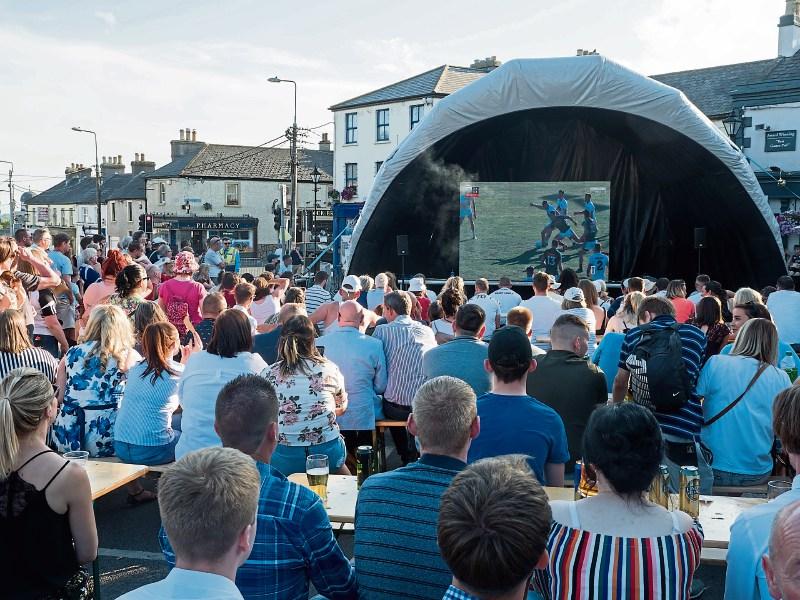 Against the backdrop of Harry Kane’s World Cup hat-trick against Panama, Kildare landed like a giant headache into the offices of Sky Sports Studios in Isleworth, London, last Tuesday week.

Down the back of the third floor where the GAA desk lives, I imagined a vista of furrowed brows trying to make sense of how eminently agreeable Kildare had suddenly developed an edge so sharp, they threatened to not only derail the Championship but more distressingly, Saturday’s evening broadcast.

The GAA production team might have looked at their notes and wondered if they’d been duped by some practical joker about Kildare’s inoffensive reputation.

The home of some revolutionary called John Devoy according to a Wikipedia search by one staff member. Though inevitably, it was explained that this was never a county to pull 1798 out of the hat and stick it to a pitchfork, á la the guys down in Wexford.

Some intern, almost certainly a Tom from the home counties, might have been tasked with drafting a list — one of the great media cop-outs of our times: ‘The Top Five Moments of GAA defiance’.

Only Kildare had no history of such behaviour, they discovered. Not like the Rebels in Cork… and the Tribesmen in Galway…

‘Erm, these are called the Lilywhites, mate.’

Sharp-shoed reporters might have been sent to Kilburn for reaction — where else? — and had they diverted through Wandsworth, they would have almost certainly bumped into Patsy Tavey from Monaghan, ever present and always willing to explain that the GAA world now appeared to be spinning on a new axis.

— ‘Can you explain further please, sir?’

— ‘Well, Kildare have always been a notorious bunch of windbags.’

— ‘WINDBAGS! Emm, I’m not sure if we can broadcast that mate.’

And this Cian O’Neill fella, the Kildare gaffer, someone might have been sent to the vault to find whatever video they could of the Kildare boss that could work for a news item.

— ‘He did something from Cork last night I think,’ someone might have pointed out.

— ‘CORK? You sure, mate? Didn’t Tom just say there was a rebel build up taking place in that region!

Exasperated, the GAA series producer might have bounced his recyclable coffee cup off the wall and complained that this sounded nothing like the Kildare football team he’d spent the previous three years swatting up on.

—‘You mean the same guys who had the living crap beaten out of them by a team so fragile they play their home games in a ground that doubles as GP’s surgery?’

Dr Cullen Park and that defeat to Carlow aside, the GAA’s media manager Alan Milton might have emailed over the seating plan for the confessional box that constitutes the St Conleth’s Park Press facility.

— ‘Unfortunately, there’s only five power sockets and one extension lead,’ Milton might have explained.

— ‘F**k that, get this McCague bloke on the phone,’ a Sky executive might have directed.

At board level, someone might have tried to calm the waters and pointed out that the escalating crisis was all but certain to be averted.

The GAA were much like the FA in such matters, just with a G instead of an F at the beginning, an additional vowel, but significantly, the kind of strong headed and utterly unaccountable style that would win the respect of Mr Murdoch… perhaps even Mr Putin!

— ‘Yeah mate, the Irish Old Bill,’ warning that this Ned Quinn from the CCCC (‘the CCC what?’) was actually on to something when he said there might be some trouble outside the ground.

— What kind of trouble?’ the producer might have asked.

— ‘Well, you guys are in danger of becoming even more more unpopular than us in the GAA.’

— ‘Call that Riverside Stadium and ask them can we park the bus in there,’ the producer might have directed.

— ‘But what’s this got to do with Middlesborough?’ Someone might have pointed out. ‘You mean the Riverbank!

The GAA might have then offered to provide security but that would be an additional 10 per cent on their margin.

— But that isn’t part of the deal we struck,’ the executive might have replied.

—‘Oh, well, didn’t we say, we change deals all the time,’ the GAA would have explained. ‘Just to make back the short-fall in tickets like.’

Then finally, the phone might have rang and after the call Tom might have hung up and explained that it was with much regret that the game and the logistical nightmare of the fixture change had now become a reality.

The contest was confirmed for ‘St Connell’s Park’ in Newbridge!

— St Connells? Is that the same place as Conleths?!’ someone might have enquired?

Robert Mulhern is a freelance journalist contracted to RTÉ's The Documentary On One, and writes a weekly 'London Eye' column in the Leinster Leader. To contact Robert, email mulhernrobert@hotmail.com