Deplorable Kildare crash out to Carlow

Lilies fail to show up in Tuallmore 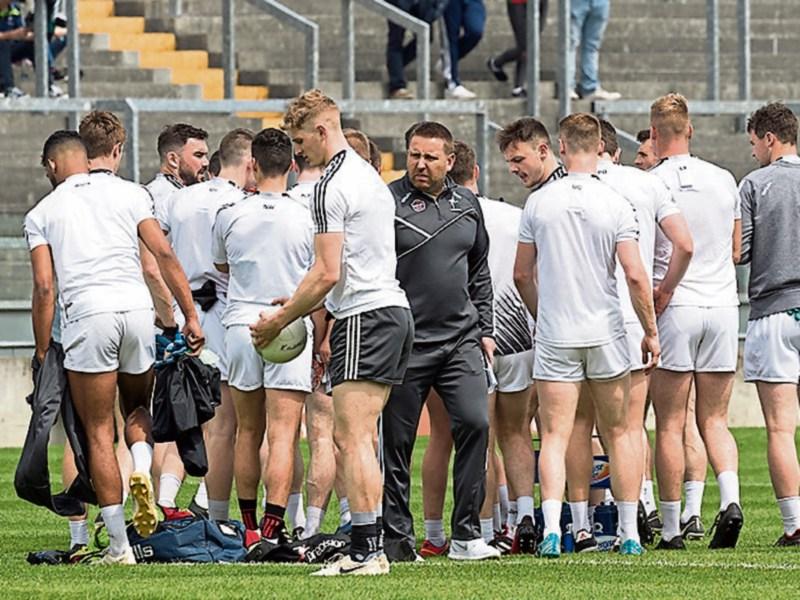 Kildare getting ready for action before this afternoon's game with Carlow

In the end there was all of seven points between Carlow and Kildare and in fairness few could complain as the outsiders showed more hunger, more endeavour, more work rate, winning on a final score line of Carlow 2-14 Kildare 1-10 and book a place in the Leinster SFC semi final.

From the word go Carlow made their intentions know getting in a few shoulders in before a ball was even kicked and despite Carlow playing against a stiffish breeze made the early running helped with a wonderful display from Paul Broderick who kicked no less than 11 points, Carlow not hitting one wide throughout the entire game while Kildare had a total of eleven, plus a missed penalty.

SEE ALSO: Kildare get Derry in the football qualifiers

A terrible blunder by Robbie Molloy in the Carlow goal saw Daniel Flynn react quickest punching to the net but Carlow replied when a long range free from Daniel St Ledger went all the way to the Kildare net.

Kildare missed three frees early on, had a penalty brilliantly saved by Molloy, that led to  Éanna O'Connor being replaced before the break, with Carlow leading 1-8 to 1-3.

Kildare dominated the second half as Carlow retreated and then broke when the opporutnity presented itself and while Kildare got the lead back to three with 63 on the clock that was as close as it got while Carlow scored a brilliant break away goal in the 74 minute from corner back Conor Lawlor just before the final whistle.

For Carlow it is a place in the Leinster semi final. Kildare will be anxiously awaiting for the Round 1 Qualifier draw (tomorrow morning 8.30 Ratio 1) but on this performance they look like a team that will need a miracle to lift themselves after this humilating performance.