Robert Cribbin at Dr Cullen Park, Carlow, as he witnessed yet another great display from the Johnstownbridge girls 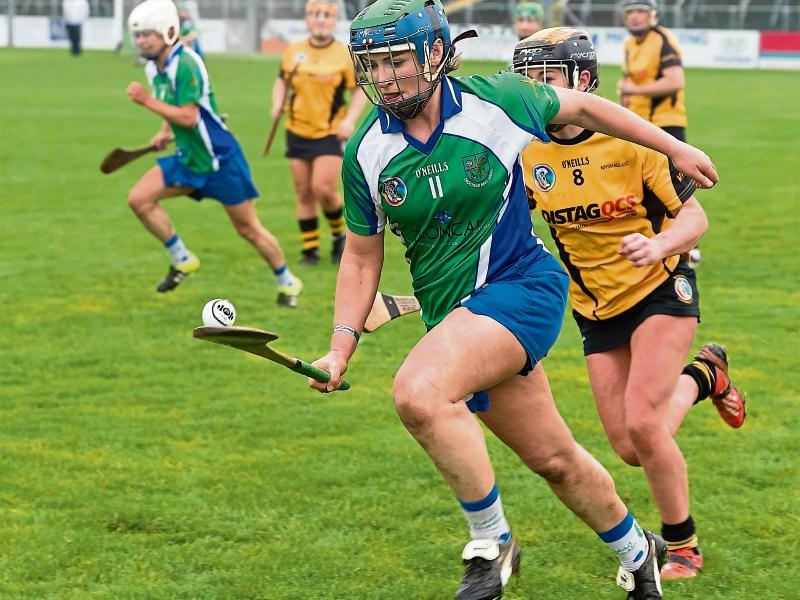 The Johnstownbridge camogie team have a habit of making their own history and they continued that trend on Sunday afternoon, November 19, when they captured their first ever Leinster Intermediate club title with victory over Myshall.

The Johnstown girls are no strangers to Leinster titles of course having won the Junior equivalent the last two years, but this was different and it's all the more sweeter seen as it was one of their old adversaries Myshall they defeated.

The two squared off in the Junior final three years ago with the Carlow side winning and both have achieved great things since and Myshall were the defending All Ireland champions coming into the game.

The game was well fought and close all the way but sub Emma Farrell’s goal in the 56th minute proved crucial in giving Johnstownbridge breathing space as they battled back from conceding an early goal and they had star performers in Siobhan Hurley, Aishling Holton and Roisin O’Connell.

Johnstownbridge got off to the worst possible start when only after three minutes on the clock Myshall full forward Ciara Quirke bustled her way through the Johnstown defence and despite taking a number of steps she managed to bundle the ball into the net.

Johnstown didn’t let that unsettle them though and quickly replied when Roisin O’Connell hit over nicely off her left side after Aishling Holton went on a great run before finding O’Connell inside with a lovely pass.

The game then went through a barren scoring phase before Marian Doyle scored well on the turn for Myshall after intercepting Careen Farrell when she was coming out with the ball.

Johnstownbridge then launched into a purple patch when they notched three points on the bounce with Siobhan Hurley doing all the scoring as she converted a brace of frees as well as landing a 65.

Myshall were soon back in front though with Quirke converting consecutive frees to push them two points clear.

Richard Flanagan’s girls finished the half the brighter though and they moved into the lead for the first time in the 25th minute as Siobhan Hurley went on one of her customary runs from halfway and although she originally looked to have lost possession she quickly regained it before striking a brilliant low shot beyond the reach of Mairead Doyle in the Myshall goal.

Miriam Murphy then added to the goal with a point straight from the puckout and the Kildare side held a narrow 1-5 to 1-3 interval lead.

The start of the second half was all about free taking as Hurley and O’Connell both found the target from placed balls for Johnstownbridge while in response Quirke landed a pair of frees herself.

The free taking exhibition was eventually brought to an end in the 41st minute when Kate Nolan stormed forward to score a brilliant point on the run to reduce Johnstownbridge’s lead to just a single point.

Quirke and Olivia Jordan then hit two fabulous points for Myshall in the 48th and 50th minutes respectively to creep ahead 1-8 to 1-7 as the game entered the final ten minutes.

Hurley was not to be outdone though and she converted a long range free to bring the sides level for the third time in the game.

Johnstownbridge are nothing if not defiant though and they got the games crucial score in the 56th minute when Emma Farrell went for a point out wide but her shot landed over the Myshall keeper and into the top corner of the net.

O’Connell then followed up with a quick free to push the Kildare side four points clear and that was to be enough as Johnstownbridge claimed a famous win.