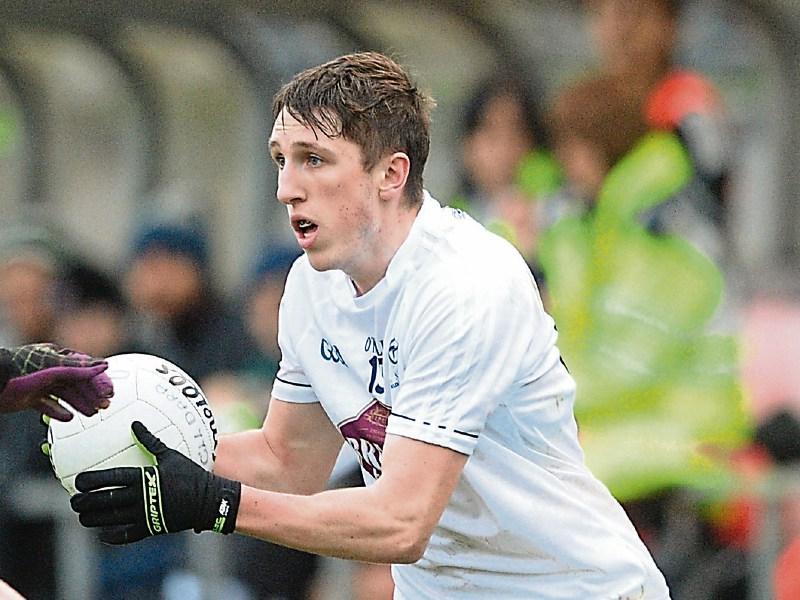 Kevin Feely has been named as vice captain of the Kildare senior footballers. The Athy man joins Eoin Doyle (Naas) who will lead Kildare throughout the Leinster Championship and beyond.

Speaking at a press briefing last night (Fridayd April 23) manager Cian O’Neill said he and his backroom were delighted to get Kevin on board; “a player with a big future who leads by example” was how the manager described him.

The Kildare panel for the upcoming championship has now been finalised with the addition of two players. Maynooth’s Ruadhán Ó Giolláin and Raheens Paddy Woodgate; both players had been in the squad in a training capacity for the last four weeks but have now been included in the full championship squad.

Kildare played Cavan in a senior challenge on Thursday evening last in Abbottstown. “We had an excellent workout” said Cian O’Neill, albeit with the fact that we had just 21 players togged out; the rest of the panel all carrying knocks of various degrees.

The major injuries picked up on county duty are Ben McCormack, fractured ankle against Galway; he will be in  the ‘boot’ for four weeks, two weeks already and hopefully it will have healed in that four weeks and we can take him out of that and then all going well another two weeks before returning to full training.

Paul Cribbin picked up ‘turf toe’ an injury where the bone under the big toe inflames, the same as Chris Healy and Fionn Dowling had earlier in the season hopefully back next week doing some light work; should be back for the club championship.

Other injuries picked up last week, Cian O’Donoghue rolled his ankle as did Cathal McNally; Chris Healy has been playing through that injury and we have given him a couple of weeks off to get that right; Mick O’Grady inflamed knee; Liam Healy small groin problem; Darren Maguire back problem and Ollie Lyons also rolled his ankle.

Mos of the players mentioned above will not be available for club action this weekend but hopefully will be in a week or so.

The manager emphasised that he is a big fan of club football; wants all fit players to line out with their clubs and that his phone is available to all club managers; many are in constant contact; adding that it vital to have lines of communicaton open at all times between club managers and his management team.

On the positive front Neil Flynn played a half hour against Cavan and is due to lineout with Maynooth this weekend; Daniel Flynn should be returning to full training next week.