Kildare bring their defiance off to the field, on to it 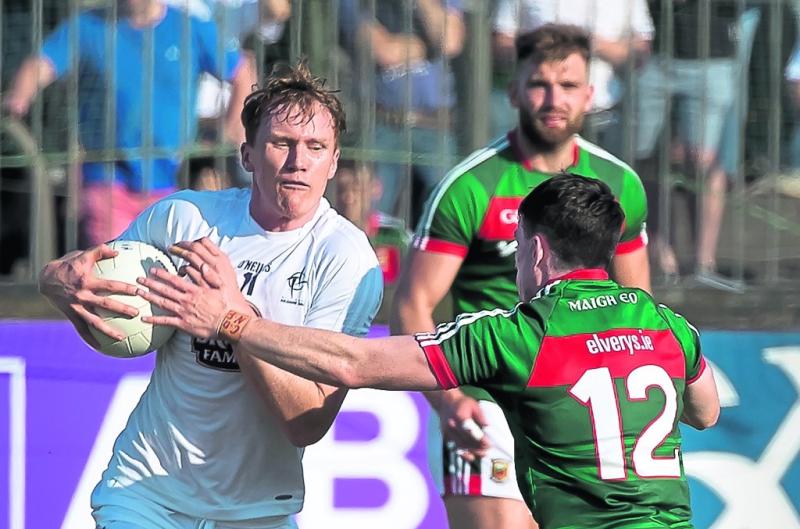 This wasn’t in the script.

Not what the authorities wanted.

And many more besides.

But it was a day and a performance that will be recorded and relived for many a day.

Kildare having stood up to the hierarchy (and won) having been granted a home draw as first team  out of the draw last Monday, defied the odds off the field (and rightly so) then defied the odds on the field as they ended Mayo’s participation in this season’s All Ireland.

It was a game that has dominated the national media for most of the week but what we got on Saturday evening at St Conleth’s Park was a game that will be hard to surpass for the rest of the season.

Level three times in the opening half and no less than six times in the second half this All Ireland Football Qualifier (Round 3) was a classic game of football in front of a packed St Conleth’s Park, Newbridge.

Mayo opened a two point gap in the second half and looked in a position to kick on but Kildare fought like tigers, came back to level before kicking on, going three points clear and holding out to record a famous win that puts then into Round 4 of the Qualifiers draw on Monday morning and just one game away from the Super 8s.

A day to remember.

A day that Kildare defied all the odds.

A day to savour.

A day when the slogan newbridgeornowhere will be recalled and relived for many a long day.

Full report, reaction and comment  in this Tuesday’s Leinster Leader.