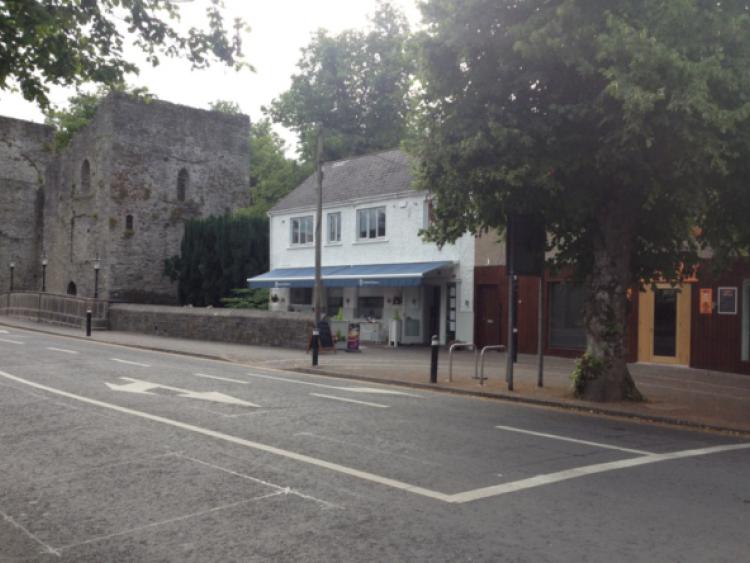 It’s an extraordinary concentration. In a little over 230 metres - a minute’s walk - there are more than 30 establishments in the village of Maynooth where a body can receive sustanance.

It’s an extraordinary concentration. In a little over 230 metres - a minute’s walk - there are more than 30 establishments in the village of Maynooth where a body can receive sustanance.

The collection of restaurants, tapas bars, coffee shops and fast food outlets, many of which have only arrived in the past 12 months, has put Maynooth at the top of the gastronomical pile in the county.

It remains to be seen if the north Kildare town can, like Kinsale or Dingle become known for its fine dining, and develop into what they call in the tourism business ‘a unique selling point’.

And while many of these eateries are long established, many of them, including some of the most prominent and popular opened since the recession began, and appear to have thrived.

So what’s driving this growth? Where are all the customers coming from?

Many, especially those nearest the college, have thrived as a result of their proximity, with a market, beteen staff and students of as many as 8,000 people, all of whom must be fed every day.

But there are already a number of restaurants and cafes on campus - and students aren’t around at the weekend, or during the summer.

And invaribly there are a number of restaurants which are simply beyond the students budget - so the restaurants must rely on the more permant population to sustain them.

Maynooth has a population of over 12,000, with another 100,000 spread over Leixlip, Celbridge, Kilock, Clane, Straffan, Dunboyne and Lucan - all within a short, 15 minutes drive away.

If you were to stand at the entrance gates of the south - or old campus - of the college and start walking up the town, the first restaurant you will encounter is the appropriately named Gatehouse, which does a lunch time trade, but also has an evening menu.

Next to it is Tanseys which specialises in crepes and sandwiches.

Beyond that you’ll pass the entrance down the steps to student favourite the Coffee Mill.

Inside Manor Mills you have one of three O’briens Sandwich Bars in Maynooth, the popular chain the Bagel Factory and Chill which also has a premises on campus.

Back out on the street, and across the road, you’ll see Cafe Bon Bon, a newer addition.

Turn the corner onto the main street and you’ll pass Abrakebabra, Orient Chinese, O’Neil’s (which is a pub), Maximus takeaway and Mizzoni (pizza takeaway).

That’s followed by one of the newer restaurants Bistro 53, an old staple Supermacs, and Picaderos.

Down a side street is Twist which does regular cafe food during the day and tapas in the evening.

Back to the other side of the street is the ‘Roost’ a large pub with a flying restaurant trade, followed by the small, but homely Keoghs.

Next is Mantra, and just off the main street Donatellos is a long established Italian restaurant.

Brady’s pub does a good food trade as does McMahons (formerly Caulfields) and the Elite Confectionary which is a bakery.

A new arrival is Oak Alley in a refurbished house on the main street, and a well established favourite The Avenue.

Tesco has a restaurant and is beside another O’Brien’s Sandwich Bar and a McDonalds.

On the square, opposite Brady’s, you’ll see Boss Hogg which is a small but eclectic coffee shop.

The Glenroyal Hotel hosts the Saints Bar for pub grub, and Lan Tania, a Thai restaurant.

Finally, the Newtown Inn, away from the main street, also has a Chinese restaurant.