After election women make up 40% of Kildare County Council 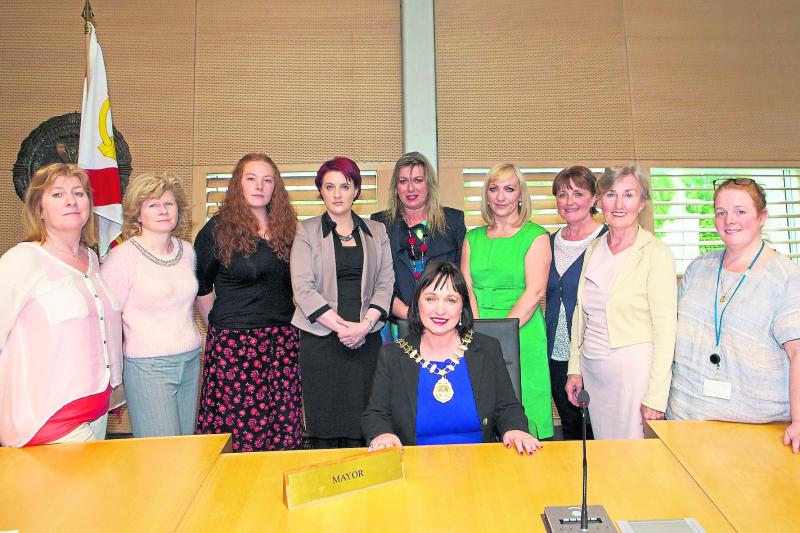 The women who got elected after the last election. Five of them are no longer there.

Here’s a quiz question for you — which grouping in the council was 50% more likely to get elected, increased its representation by 45% and now makes up a record breaking 40% of the council?

It’s easy to miss, with all the headlines about the success of the Green Party and the demise of Sinn Féin and all the various small triumphs and defeats in between, that the single most successful group in this election — apart from men, naturally — were women.

Ten of the 18 new councillors are women, bringing the overall number up to 16. That’s an increase of five on the number (11) that was elected in 2014.

To put it in context, 2014 was the best electoral result for women in Kildare County Council, and in 2019, there was a 45% jump again.

From making up 27.5% of the old council the increase means that women make up 40% of the current council, which  gets it closer to the proportions of the electorate where 50.3% of the population is female.

By the same token, it is worth pointing out of the 11 who were elected in 2014, three, who decided to contest the election, were not re-elected in 2019, while two, who only joined the council in the last term, decided aginst runninng at all — so almost 50% of the 11 did not return which is quite high for any cohort.

In terms of the 90 candidates who contested the election, 28 were women, and with 18 getting elected, it means that women were one and a half times more likely to get elected than men.

In terms of political parties, women are best represented in the Labour Party where four outof the five are female, and all of their new councillors are female, Angela Feeney and Ciara Galvin.

Fine Gael has a lower percentage of women than many other parties, with only three out of 11 .

That being said, of the four new councillors three are female — Evie Salmon, Tracey O’Dwyer and Peggy O’Dwyer.

All the same, despite the perception, well deserved and all as it is, that the Green Party and Social Democrats, are a bastions of liberal progressive politics, in both cases they have only one female councillor each — Vaneessa Liston for the Greens and Nuala Killeen for the Social Democrats.

Read also: WHO IS MY COUNTY COUNCILLOR? The final list of new Kildare County Council members after Local Election 2019

One hundred percent of Sinn Féin on Kildare County Council is female. Its single councillor is Patricia Ryan.

The Independents are 50/50, with Ide Cussen and Fiona McLoughlin Healy counterbalacing Padraig McEvoy and Seamie Moore.

In some places women have majorities in the Municipal Districts.

Athy has two women out of seven, but then Celbridge has five out of eight and Kildare has six out of 10, Maynooth has one out of nine and Naas has three out of seven.