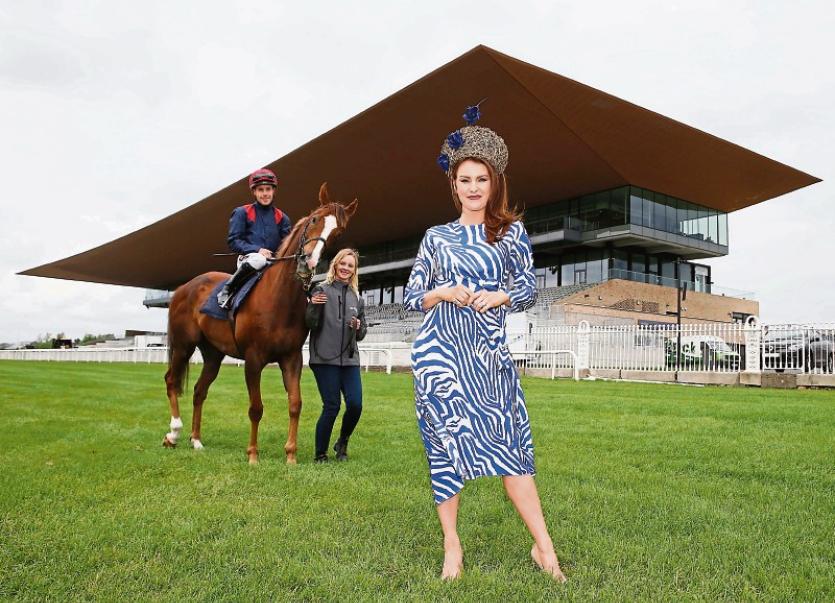 Media personality and Dancing with The Stars winner, Mairead Ronan officially launched the new Curragh Racecourse and summer racing programme ahead of The Grand Opening Weekend which kicks off tomorrow Friday, May 24, 2019.

After much anticipation over the last two years the Curragh Racecourse has been dramatically transformed and will open the turnstiles after a multi-million redevelopment, with thousands of people expected to attend this weekend. Racegoers will be some of the first to experience the world-class course and major new grandstand incorporating five-star entertainment facilities, restaurants, bars and superb viewing areas.

The new Curragh Grand Stand is 10,500 square metres and can cater for up to 6,000 people inside its four levels while its surrounds can cater for over 10,000 additional racegoers. The stand’s sweeping 7,000 square metre roof is the most arresting feature and caters perfectly for our temperamental Irish weather. There is also spectacular in-door and sheltered vantage points looking straight onto the track. The parade ring has also been expanded and stands beside ‘The Queen’s Room’ which was relocated as a standalone feature and reassembled brick by brick from its previous location.

Speaking at the launch Mairead said, “I have always had a huge interest in horseracing and I think I have been to every major racetrack in Ireland at this stage! The new Curragh Racecourse is on a whole other level and I’m looking forward to being here again this weekend to experience the first big race meeting since its transformation. The summer programme of racing at The Curragh includes the Dubai Duty Free Irish Derby in June and the Kerrygold Irish Oaks in July so make sure to get down and experience it for yourself.”

The Grand Opening Weekend will kick off at 4pm on Friday where racegoers will be greeted by the Kilcullen Gospel Choir followed by racing throughout the evening along with music and entertainment (first race 4:55pm). Saturday will include meet and greets with champion jockeys and some of the legends of Irish Racing including Lester Piggot, heritage tours and top-quality racing. Sunday (26th) will be the official launch day with entertainment, famous faces, a ceremonial flyover and the big race of the day The Tattersalls Irish 1000 Guineas (Group 1).

Development over the past two years makes the Curragh venue one of the most modern and sustainable racecourses in the world and can seriously compete with the best venues on the international racing forum. The racetrack and entire facility must be experienced to understand the scale of the development combined with the incredible high-quality facilities.