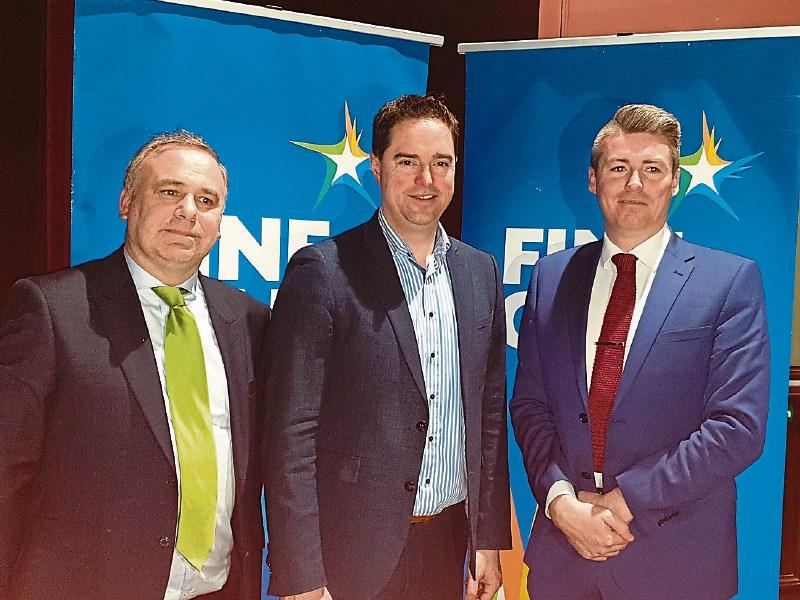 At a packed meeting held on March,11, 2019 at Studio One in Kildare twon, Fine Gael Kildare South selected two candidates to contest the forthcoming Local Elections in the Kildare Local Electoral Area which incorporates Kildare town, Rathangan and Monasterevin.

The candidates selected are Cllr Mark Stafford from Rathangan and Kevin Duffy from Monasterevin.  The convention was chaired by Minister for Justice Charles Flanagan TD.

Cllr Mark Stafford thanked the members and local branches for their support over the past five years as an elected representative. He congratulated Kevin Duffy on putting himself forward as a candidate at a difficult time for local government. Cllr Stafford acknowledged that further powers have been given to County Councillors but they must at all times ensure  that these powers are exercised  responsibly or there is a real risk that the government will take them away.

First time candidate Kevin Duffy from Monasterevin thanked the Fine Gael members for putting their faith in him and said he was looking forward to the campaign.  As a native of Monasterevin he said he was eager to work with the community on the issues affecting Monasterevin and surrounding townlands particularly as it has been over 30 years since the people of Monasterevin have had their own public representative.

Minister Charles Flanagan TD congratulated the candidates on their selection. He also took the opportunity to thank the FG members from Monasterevin who assisted him and the party during the brief period that Monasterevin was part of his constituency of Laois. Minister Flanagan also briefed those in attendance on the Brexit negotiations and took questions from the floor.

Addressing the convention, local Fine Gael Deputy Martin Heydon said “I am delighted with the strength of our two candidates selected this evening.  They provide a great mix of experience, enthusiasm and commitment to their local areas.

“I believe our two selected candidates have the qualities and skills to provide strong representation and I look forward to working with them in the weeks ahead as we work towards polling day on May 24, 2019.”